Retinoblastoma (RB) is the most common primary eye cancer in children, the third most common cancer in infants younger than 1 year and accounts for 12% of all infantile cancers per year. RB can be blinding and lethal, and is caused by mutations in the tumor suppressor gene RB1. However, current treatments, such as eye removal and chemotherapy do not specifically target this causative genetic mutation. Many treatments remain out of reach for children in non-developed countries, where the majority of cases occur. While the survival rate of U.S. children with RB is high, its treatments are associated with formation of second cancers, and other serious side effects. For instance, when advanced forms of RB affect both eyes, this cancer or its associated treatments causes partial or full loss of vision in about 50% of patients. Targeted therapies are needed, such as those that selectively kill RB tumor cells but spare normal retinal cells.

We hypothesized that histone methyltransferases (HMTases) would represent a novel class of targets in RB. Specific HMTases turn-on genes that make the tumor grow or turn-off genes that stop tumor growth, but they do not change the DNA sequence, making them a type of epigenetic regulator. Moreover, RB1 is known to inhibit the activity of EZH2, a known oncogene. We found that EZH2 is normally expressed during fetal development of the retina, and absent in the retina after birth. By analyzing 43 surgically removed human eyes containing RB tumors, we found that EZH2 was aberrantly and highly expressed in all RB tumors, but not in adjacent normal retinal tissue. Thus EZH2 is a novel marker for RB tumor cells, which is clinically relevant for two reasons. First, localizing EZH2 by immunohistochemistry in surgically removed samples of RB allows pathologists to easily locate invading tumor cells, including single cells, which are often difficult to identify solely by standard hematoxylin & eosin staining. Second, because invasion of RB cells into adjacent retinal tissues, such as the optic nerve, influences the decision for using systemic chemotherapy in an affected child, the presence of EZH2 may aid in clinical decision making for treatment.

Interestingly, EZH2 appeared to be more important than just a marker to localize RB tumor cells. We found that is actually required for RB tumor cell survival. We used a class of drugs currently in clinical trials for non-RB cancers, EZH2 inhibitors, and found that it selectively targeted human RB tumor cells, but spared non-tumor retinal cells. Since EZH2 is only expressed in RB tumor cells but not normal retina, and is required for RB tumor survival, we conclude that EZH2 has potential as an RB tumor-specific therapeutic target, which does not currently exist. Since EZH2 inhibitors are in clinical trials for non-RB cancers, our findings may lead to new, highly targeted, epigenetic therapies for children with RB. 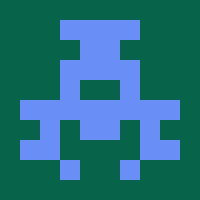