BREAKING   /
YOU ARE HERE:Home » Uncategorized » Epigenetic mechanisms are a driving force in familial Alzheimer’s disease
Uncategorized

Epigenetic mechanisms are a driving force in familial Alzheimer’s disease

With the increasing of life expectancy, aging and age-related cognitive impairments are becoming one of the most important issues for human health.

Alzheimer’s disease (AD) is the most common neurodegenerative disease and the major cause of dementia in the elderly. Along with cognitive impairment and memory loss, Alzheimer’s is also characterized by a buildup of amyloid beta (Aβ) and tau fibrils in the brain, which clog up normal processes, and eventually kill brain cells.   AD exists in two forms: sporadic (“random”) and familial (inherited), with sporadic AD making up the majority of cases. The rarer, familiar, AD is caused by genetic mutations in enzymes involved in amyloid production and clearance. Despite inheriting these genetic mutations, not all individuals show complete disease penetrance. Additionally, severity of AD symptoms can be variable between monozygotic twins and AD animal models with identical genetic backgrounds. In recent years epigenetic mechanisms have emerged as key players in regulation of life expectancy. It would be reasonable to wonder if epigenetic differences also provide a basis for aging and neurodegenerative diseases, such as AD.

To address this question, Dr. Mercè Pallas from University of Barcelona and Dr. Coral Sanfeliu from CSIC-IDIBABS, and their teams, are studying the molecular mechanisms of cognitive impairment in pathological (diseases related) aging such as AD. Recently, their research has focused on how epigenetic mechanisms may contribute to the aging  process. They use the 5XFAD familial mouse model, with early onset AD pathology, to determine if epigenetic mechanisms are indeed the driving force behind this disease.

In their paper Pallas and Sanfeliu profiled epigenetic changes produced as a result of Aβ accumulation and investigated how these changes contributed to the continued progression of the disease.  Aβ deposition was associated with changes in DNA methylation and transcription of DNA methyltranserfases (DNMTs). DNMT1 was upregulated in younger 5XFAD animals whereas DNMT3a and b were upregulated in older 5XFAD animals. Similar patterns were seen in histone methyltransferases such as Jarid1a and G9a as well as histone deacetylases Hdac2 and Sirt6.

Their results indicate that AD hallmarks such as Aβ pathology, oxidative stress and inflammation, coincide with changes in gene and protein expression of epigenetic enzymes at various stages of the disease. They propose that progression of AD is driven by a vicious cycle in which epigenetic factors contribute to accumulation of Aβ, which then in turn induces further changes in global DNA methylation. These resulting changes in DNA methylation correlate with progression of AD pathology from early to final stages of the disease in 5XFAD mice, including neuronal loss, gliosis and cognition and behavior disturbances.

Pallas and Sanfeliu hope that their findings will provide insight and help to assess future therapeutic interventions developed to target the epigenome in cases where Aβ deposition (and thus disease onset) has already begun. 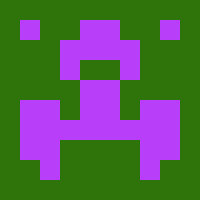