Type 2 diabetes (T2D) is a chronic non-communicable disease that generally develops after the age of 40 and therefore believed to be associated with aging. There is, however,increasing experimental and epidemiological evidence that risk of T2D and obesity which is an important risk factor for T2D may be epigenetically programmed during critical windows of prenatal and early postnatal development. In modern human beings, substance abuse (the harmful or hazardous use of psychoactive substances such as alcohol or illicit drugs) during the prenatal development is important determinant of the process of developmental programming.

Maternal tobacco smoking during pregnancy is among such risk factors. Data from several human studies indicate that maternal smoking during pregnancy may cause elevated risk of hypertension, obesity and diabetes. For example, in a Norwegian study of 2012,women who were exposed to tobacco smoke in utero had 1.53, 1.68 and 1.14 times higher odds to have obesity, hypertension and T2D in adulthood, respectively, compared to those in unexposed women.

Alcohol consumption during pregnancy is another important risk factor for developmental programming of T2D. Intrauterine exposure to alcohol was found to cause beta-cell dysfunction, abnormal glucose homeostasis and insulin resistance during adulthood in various animal models including rats and guinea pigs. Along with insulin resistance, prenatal exposure to ethanolresulted in enhanced expression levels of hepatic gluconeogenic genes, explaining the increased gluconeogenesis in adult rats. Remarkably, the programming effects of ethanol consumption during pregnancy were shown to be able to persist across generations. The effects of grandmaternal exposure to ethanol on insulin and functional glucose responses in the second-generation offspring were observed, possibly owing to the effect of ethanol on the germline epigenome of the F1 fetuses.

Evidence for the link between prenatal cocaine exposure and metabolic disturbances in later life associated with risk for subsequent development of T2D was also obtained in African American children, who had elevated blood pressure and increased body mass index at age 9 if their mothers consumed cocaine during pregnancy.

Among the mechanisms linking early-life exposure to substance abuse to later-life metabolic disorders, the appetite dysregulation appears to be a crucial contributing factor. Maternal substance abuse in pregnancy most commonly leads to intrauterine growth restriction (IUGR), because fetus in these circumstances is occasionally depleted in nutrients, suggesting episodic exposure to fetal malnutrition. The IUGR conditions, in turn, may increase the susceptibility to metabolic complications, including T2D, later in life. Moreover, it is commonly believed that epigenetic regulation of the expression of transcription factors regulating glucose and lipid metabolism plays a key role in programming effects of prenatal exposure to substance use.

In conclusion, it is increasingly clear that substance use during pregnancy is among the important factors contributing to the current epidemic of T2D around the globe.Therefore, it is clear that research in this area is extremely important for public health and preventive medicine. Advances in the understanding of mechanisms linking prenatal exposure to substance abuse to the risk of development of T2D in adulthood might provide the scientific basis for novel prevention and treatment paradigms.

Epigenetic drift versus the Epigenetic clock: distinct relationships between DNA methylation and aging 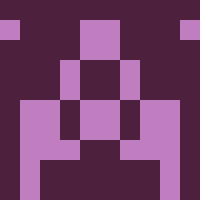