The placenta is a unique organ as it is an extra-embryonic tissue primarily regulated by the fetal genome and shared between mother and fetus. However, it is a transient organ that is only needed throughout pregnancy and gestation and then is discarded after delivery. The essential role of the placenta in pregnancy is unquestionable but, surprisingly, as highlighted by the NIH NICHD Human Placenta Project (https://www.nichd.nih.gov/research/HPP/Pages/default.aspx), it is the human organ we know least about. Due to its unique features, the epigenetic mechanisms that regulate placental gene expression may not be under the same constraints as for other organs. We have recently reviewed the literature on DNA methylation in the placenta1 and highlighted the fact that this tissue is the most hypomethylated in the body when compared to other healthy tissues.2, 3 However, the reasons for this relative DNA hypomethylation are unknown. We do know that DNA methylation within the placenta increases across gestation.3-5 In addition, DNA methylation patterns in the placenta are characterized by large partially methylated domains in which the genes in these domains are repressed.6

Some of the unique characteristics of placental DNA methylation profiles are likely due to the different cell types that make up this organ and the distinct epigenetic profiles of these cell populations.1,7 A recent immunhiostochemical study8 has shown that there are differences in the amounts of 5-methylcytosine, 5-hydroxymethylcytosine, several histone modifications and the DNA methyltransferase enzymes between cytotrophoblasts and syncytiotrophoblasts. The latter are derived by the fusion of the former and conduct transport, biosynthetic and endocrine functions of the placenta that orchestrate both maternal adaptations to pregnancy, as well as nutrient delivery and waste services to the fetus.

In total, combining 12 different datasets we were able to analyse DNA methylation profiles of 387 placental tissues. We identified 741 CpG sites and 3 differentially methylated regions that significantly differed in placentas from uncomplicated versus preeclamptic pregnancies. A sex specific comparison between uncomplicated pregnancies (35 male and 27 female placentas) identified 2898 differentially methylated CpG sites, and not suprisingly the majority were on the X chromosome.

In 2013, Professor Steve Horvath developed the epigenetic clock (https://labs.genetics.ucla.edu/horvath/dnamage/). Horvath used Illumina DNA methylation arrays from 8000 samples across 51 healthy tissues and identified 353 CpG sites (epigenetic clock) that accurately predicted age across multiple healthy tissues.10 Since this work, the epigenetic clock has been applied in muliple datasets and human conditions and accelerated DNA methylation aging, the difference between predicted and actual age, has been associated with cancer, obesity, infection, neurodevelopmental diseases and many others. DNA methylation in blood predicts mortality irrespective of disease and lifestyle.11 We used a similar approach and identified 62 CpG sites that accurately predicted the gestational age of the placenta at sampling from 8-42 weeks’ gestation. When we assessed placentas from preeclamptic pregnancies, we found that accelerated placental aging was characteristic of early-onset preeclampsia (<34 weeks’ gestation) but not late-onset preeclampsia (>34 weeks’ gestation). This provides some insight into the molecular differences in the placenta from early-onset preeclampsia compared to those from uncomplicated pregnancy. Furthermore, our research questions the potential role of placental aging in other pregnancy complications in which the placenta is also implicated.

We are continuing to explore the role of epigenetic mechanisms and profile their change across gestation in placenta in normal and uncomplicated pregnancy with the aim of understanding the pathogenesis of these potentially life-threatening disorders. 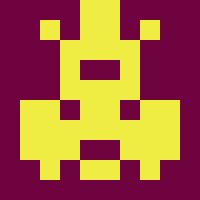