Type 2 diabetes is mainly seen in genetically predisposed individuals exposed to non-genetic risk factors like obesity, age and physical inactivity. Lately, it has become evident that this interaction between genetic and environmental factors most likely involves epigenetic modifications. Rönn & Ling recently summarized human data supporting a role for epigenetic variation in the development type 2 diabetes, “DNA methylation as a diagnostic and therapeutic target in the battle against type 2 diabetes”, published in Epigenomics in May 2015.

A main finding in this review is that the DNA methylation pattern differs between individuals with type 2 diabetes compared with matched controls in multiple target tissues for the disease, including pancreatic islets, skeletal muscle and adipose tissue. This is further accompanied by associations between insulin secretion or insulin resistance and DNA methylation in multiple tissues. The epigenetic variation is widespread across the entire genome, and also present in candidate genes for type 2 diabetes.

To further understand if the changes to the epigenome are present prior to disease onset or arise as a consequence of the disease, a number of studies have investigated the association between DNA methylation and risk factors for type 2 diabetes in healthy individuals. Clearly, risk factors including age, BMI and HbA1c are found to be associated with epigenetic alterations prior to disease development. 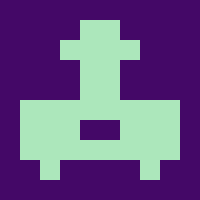