Genome-wide association studies (GWAS) have revealed numerous single-nucleotide polymorphisms (SNPs) where allelic frequencies differ between cases and controls of many complex diseases (NHGRI GWA Catalog). In the last decade 6,696 genetic associations of 598 traits have been reported in 16,770 papers (up to 2013). Despite these impressive risk associations, and although the utility of GWAS has been long supported, such studies are now being criticized as a waste of money, time, and effort3. One of the main reasons for this controversy is that few biological mechanisms have been found that clearly link the risk regions to their particular disease state. This is exaggerated by the fact that the majority of associated ‘hits’ are not in coding DNA regions and therefore it appears as if there are no genes involved. In fact, some associated SNPs are found within complete gene deserts.

Our work over the previous four years has centered on providing mechanistic insight into how the GWAS hits influence prostate cancer (PCa) etiology1, 4. In a recent study, we identified and functionally annotated 77 independent risk loci1. Using a familial risk model and taking into consideration the risk SNPs at these loci, it was determined by the Eeles group that the top 1% of men in the highest risk stratum have a 4.7-fold greater risk of PCa relative to the population average, and the top 10% have a 2.7-fold greater risk2. In total, about 35% of PCa heritability is captured by these risk loci. To gain a better insight into risk functionality, we developed a software platform, called FunciSNP6, to functionally annotate risk regions generally for all complex diseases and specifically the 77 PCa risk regions. We found that 88% of the PCa risk-associated SNPs reside in enhancers – some of which were disrupting important transcription factor binding response elements involved in the disease process1. Thus, PCa risk may be considered to be an enhancer problem, rather than a problem with a gene itself.

The linear proximity of genes to their enhancers (i.e. “cis” interactions), has long been thought to be the main feature of transcriptional regulation. However, regulatory interactions between genes and enhancers located on different chromosomes (i.e. “trans” interactions) are also possible. In human cells, the average number of enhancers interacting with a given transcription start site (TSS) is 3.9, and the average number of TSSs interacting with a given distal element is 2.55. Therefore, it is likely that a large number of chromosomal contacts and interactions are orchestrated by the three-dimensional organization of chromatin in the nucleus.

Our main findings indicate that although most risk loci for PCa operate through enhancers and do not reside within coding gene regions, they are able affect gene expression through looping chromatin mechanisms. We hope that our work will inform on general functions of regulatory regions in non-coding DNA, for which only scant mechanistic insight exists. 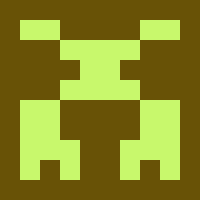