While Type 1 diabetes (T1D) is an autoimmune disorder characterized by the destruction of pancreatic cells, Type 2 (T2D) is defined as deficient insulin production and impaired insulin action. This is why the two can be distinguished from each other through an antibody screening. The exact cause of β cell dysfunction in T2D is not known. The CDC estimates approximately 8.3% of Americans have Type 2 Diabetes. This number is expected to grow. Still more alarming is the explosion in T2D among people under twenty. A better understanding of this modern epidemic has become imperative and, to date, no clear or simple explanation has been found.

For this disease standard genetic analysis has not furnished medicine with many promising leads. Known correlated sequences have a “minimal, albeit statistically significant” impact on the ability to predict the development of T2D. As a polygenic disorder this was not unanticipated. Though it is unlikely epigenetics will fully explain diabetes, it may provide further insights into its etiology and treatment. Until recently it seemed epigenetics did not hold much promise either.  In spite of their intricacies, the epigenetic factors of many cancers are steadily being decoded while the underpinnings of diabetes have remained somewhat elusive. The thrifty epigenotype has been a well-known hypothesis since Stoger’s groundbreaking paper was published in 2008. Thriftiness here refers to the way in which the body utilizes and stores energy.

In it he concluded alterations to metabolism can cross generations. Of course this increased risk of mortality due to the silencing or activation of genes can be the byproduct of transgenerational inheritance or the result of the environment someone has been exposed to in their own lifetime, including one’s idyllic (nightmarish?) days in the darkness of the womb. The now famous Överkalix study concluded transgenerational inheritance does occur and malnutrition can affect one’s children as well as one’s grandchildren. Bygren found food availability to one’s paternal grandmother around menarche affected one’s risk for cardiovascular mortality. In other words, famine programs gametes to tell the bodies of future generations to conserve their calories.

These findings from longitudinal studies were corroborated in the lab by Valladares-Selgado and others. Fetal undernutrition and overnutrition are correlated both contribute to the development of health issues later in life. As promising and disturbing as this all may sound, the evidence for epigenetics as the primary cause of  T2D is, according to one team, “lacking.” Perhaps a larger constellation of traits, some implicated in other age-related diseases, are responsible for the onset of diabetes and, more widely, it is brought about by a mismatch between once advantageous metabolic strategies and our calorie-laden world. A landscape decorated with shrines to grease and sugar is a far cry from the vast grasslands on which our not too distant ancestors foraged and hunted.

In the past methyl-altering drugs have been used with some success on cancer patients. Recently a group in Cairo investigated procainamide’s effects on diabetic rats. Procainamide is an inhibitor of DNA methyltransferase 1, meaning it has the tendency to reactivate silenced genes (and why it has been considered as a treatment for cancer). It is also good to note that along with a handful of other molecules with similar side effects and mechanisms of action, procainamide can symptoms similar to lupus erythematosus.

After inducing T2D with streptozotocin Egyptian researchers began administering daily doses of procainamide, metformin and both in conjunction they found “statistically significant reduction of fasting blood glucose levels as compared to untreated diabetic rats as well as diabetic rats treated by either procainamide or metformin alone.” Predictably they found a reduction in DNA methyltransferase in the pancreatic tissues of the rats given procainamide, suggesting future use as a “demethylating agent that increases insulin expression.”  Perhaps more sophisticated methods of halting the disease will arise from this basic concept.

It is just a start, but it is a very promising one.

Stöger R (2008). The thrifty epigenotype: an acquired and heritable predisposition for obesity and diabetes? BioEssays : news and reviews in molecular, cellular and developmental biology, 30 (2), 156-66 PMID: 18197594 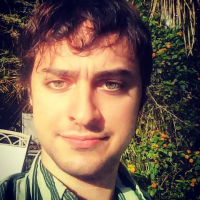