Numerous small- and large-scale studies have established a negative correlation between gene expression and methylation status of cytosine residues within gene regulatory elements, such as promoters and enhancers. However, the functional follow-up studies of the established relationship have been limited due to the lack of methods for precise manipulation of methylation marks. Here we introduce a new epi-CRISPR-Cas9-based tool for targeted DNA methylation in mammalian cells.

We exploited the flexible and easily programmable CRISPR-Cas9 system, which had already found use in the epigenetic editing of specific histone marks1,2. We fused the catalytic domain of the human de  novo DNA methyltransferase DNMT3A to the C-terminus of deactivated Cas9 (dCas9) nuclease via a short peptide linker. The resulting dCas9-DNMT3A fusion protein could be directed to any 20 bp DNA sequence followed by the NGG protospacer adjacent motif (PAM) using the single guide RNA (sgRNA) co-expressed from the same vector. We validated this newly developed tool in the HEK293 cell line, where we achieved substantial methylation increase (up to 60%) within targeted promoter regions of the two genes, BACH2 and IL6ST. We found that dCas9-DNMT3A targeted by individual sgRNAs increases CpG methylation predominantly in a ∼35 bp region downstream from the PAM sequence, and to the lesser extent, upstream from the sgRNA binding site. Multiple sgRNAs targeted to the distinct adjacent binding sites within a promoter resulted in gene repression. Upon loss of the dCas9-DNMT3A from the cultured cells, the introduced hypermethylation was gradually decreased either back to the basal methylation level or to the state of low stable methylation.

In this proof-of-principle study, we showed that dCas9-DNMT3A could be a valuable tool in studying the mechanisms of the DNA methylation establishment and its effects on the regulation of gene expression. By creating this tool, we have not only opened new possibilities for studies of functional genomics but have also offered a potent tool for precise disease modelling and gene therapy application. 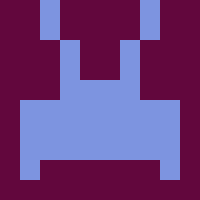