Epigenetic modifications are chemical processes that affect gene activity without altering the DNA sequencing. The two major DNA epigenetic modifications in the mammalian genome are 5-methylcytosine (5mC) and 5-hydroxymethylcytosine (5hmC), which are often referred to as the “fifth base” and “sixth base,” respectively. 5mC is generated by DNA methyltransferase (DNMTs) mainly at CpG dinucleotides—DNA regions consisting of a cytosine nucleotide followed by a guanine nucleotide, and generally results in gene silencing1. 5hmC is oxidized from 5mC by ten-eleven translocation (TET) family dioxygenases and is generally believed to be a gene activation mark2. Together, they play crucial roles in embryonic development and diseases such as cancer3. However, how 5hmC exerts its biological role is largely unclear, especially since the interplay between these two modifications is unknown as no prior method could simultaneously reveal 5mC and 5hmC in the same DNA molecule. Additionally, we show for the first time that hemi-methylated and hemi-hydroxymethylated CpG sites are quite common in the mammalian genome.

To address this problem, we developed a single-molecule epigenetic imaging technology combining selective chemical labelling4, 5 with single-molecule fluorescent imaging6. We chemically label 5mC and 5hmC with red and green fluorescent dyes, respectively, and imaged the molecules using a fluorescence microscope. This is an ultra-sensitive method to detect and quantify 5mC and 5hmC from trace amounts of DNA (50 picograms of DNA or less), which is orders of magnitude less than is required by previous methods. The ultra-low input requirement enables this method to be applied to limited and sensitive samples, such as cell-free circulating DNA. Moreover, by employing a biophysical technique called single-molecule fluorescence resonance energy transfer (smFRET) to measure the distance between the labeled 5mC and 5hmC molecules, we can for the first time reveal the co-localization of 5mC and 5hmC in the same DNA molecule.

We imaged genomic DNA from different mouse tissues and revealed high levels of adjacent and opposing 5mC and 5hmC molecules at CpG sites. Our results correct the current view that 5hmC mainly exists as fully hydroxymethylated form at CpG sites2 and point to the previously undetectable and unappreciated hemi-methylated and hemi-hydroxymethylated CpG sites as a major state for 5hmC in vivo. We further provide evidence that such hybrid CpG sites could inhibit the binding of methyl-CpG binding domain protein 2 (MBD2), a protein that binds to fully methylated CpG sites and leads to gene silencing1. Our result therefore suggested the hybrid CpG sites could play important functions in gene regulation.

Our work establishes a new technology to enable further understanding of dynamic DNA methylation and hydroxylmethylation. This approach is quite general and could be extended to reveal the dynamic temporal and spatial interplay among other epigenetic modifications by applying the appropriate labeling chemistry to the modifications, such as 5-formylcytosine and 5-carboxylcytosine in DNA, various histone modifications, and the more recently discovered RNA epitranscriptomic modifications. 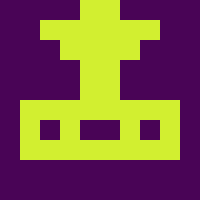