Histone modifications are increasingly being used as biomarkers in molecular epidemiology studies. However, a recent report from researchers at Columbia University describes a distinct histone H3 cleavage product, identified by Western blot, in human peripheral blood mononuclear cells (PBMCs), which interferes with the measurement of certain histone modifications (Howe and Gamble 2015). Extensive histone cleavage of histone H3 was observed in approximately one third of the PBMC samples examined despite the use of protease inhibitors during histone isolation, including a protease inhibitor cocktail and E-64, which inhibit H3 cleavage in human and mouse embryonic stem cells, respectively.

It remains unclear if the observed H3 histone cleavage occurs in vivo or during sample collection and processing. Regardless, Howe and Gamble (2015) describe how H3 cleavage ultimately interferes with the accurate measurement of histone modifications that are located downstream of these cleavage sites, such as H3K9me2. This finding underscores the importance of checking histone samples for potential H3 cleavage before measuring histone modifications.

Since enzymatic cleavage of histone proteins, including histone H3, has been observed in many other organisms, including in mammalian embryonic stem cell lines, Howe and Gamble (2015) also describe the importance of determining if H3 cleavage in PBMCs is of biological or of methodological interest. If cleavage of human H3 only occurs as a result of sample collection or processing, a better understanding of the factors contributing to this will be critical for developing measures that prevent H3 cleavage, such that all modifications on histone H3 can be measured accurately in future epidemiological studies. 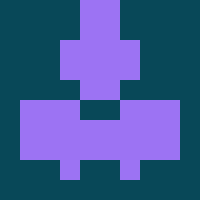