Freshen your breath while screening for cancer: harnessing DNA methylation in mouthwash samples for early detection of oral and pharyngeal cancer

Oral & pharyngeal cancer accounted for an estimated 45,780 new cancer diagnoses and 8,650 deaths in the United States in 20151. The 5-year survival rate is around 60% but, as is the case with most cancers, survival decreases with increasing stage at diagnosis. This is particularly problematic, since about two-thirds of these patients present with advanced stage disease2. At the moment, there are no screening tests for oral and pharyngeal cancer in routine use beyond visual inspection and palpation, which is typically provided on an opportunistic basis. This highlights a need for development of new, more effective screening tests, which we attempted to address by applying the Infinium HumanMethylation450 BeadArray (Illumina, San Diego, CA) to comprehensively interrogate CpG island methylation in mouthwash (oral rinse) samples.

Our study included oral rinse samples collected from 154 patients who were newly diagnosed with oral/pharyngeal cancer (pre-treatment) and from 72 cancer-free control subjects. Subjects were randomly split into a training set, for initial discovery, or a testing set for validation. For each subject, average methylation was calculated for each CpG island represented on the array. It has been our experience that single locus markers can be challenging targets in oral rinse samples due to technical noise, which we attempted to remedy by opting to assess regional methylation across CpG islands, using the tighter hidden Markov model definition3. We applied a semi-supervised recursively partitioned mixture model (originally developed by our biostatistical colleague and co-author on the study, Devin Koestler4) to the CpG island methylation data to identify a classifier for prediction of case-status in the Training set, which we subsequently applied to the Testing set for validation assessment of diagnostic accuracy.

Using the approach described above enabled us to identify a novel methylation panel consisting of 22 discrete CpG islands, which predicted oral & pharyngeal carcinoma with a high degree of accuracy (AUC = 0.92, 95% CI: 0.86, 0.98). For further validation of our results, we assessed differential methylation of these 22 CpG islands using publicly-available Infinium 450K data from The Cancer Genome Atlas (TCGA) from tumor-adjacent normal pairs, through which we found 20/22 to be differentially methylated in the same direction. One of the 2 CpG islands not differentially methylated in the TGCA tumors overlaps the promoter region of DKK1 and has been previously reported to be hypermethylated in head and neck carcinoma5,6. Interestingly, the other CpG island that was not differentially methylated in the TCGA tumors relative to the adjacent tissue is associated with the zinc-finger protein ZCCHC14, which is an intriguing locus since SNPs in that gene have been associated with nicotine dependence7.

In summary, although further testing is needed, this panel may have utility for early detection of disease, particularly in targeted, high-risk populations, and/or in post-treatment follow-up surveillance. 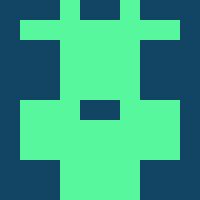