Epigenetics play an important role in the proliferation and differentiation of stem cells, such as bone marrow derived mesenchymal stem cells (BM-MSCs), neural stem cells (NSCs), and induced pluripotent stem cells (iPSCs). These stem cells can be epigenetically modified by introducing various factors into their culture media or growth environment to steer them towards differentiating into a neuronal lineage. Neurodegenerative disorders are associated with selective degeneration of neurons. This leads to disease pathogenesis, which becomes fatal in later stages. Moreover, the balance of neuronal death and neurogenesis becomes dysregulated, leading to decreased brain tissue volume. Modifying these stem cells into a neuronal lineage provides an opportunity for treating various neurodegenerative disorders such as Huntington’s, Parkinson’s, and Alzheimer’s disease.

We strongly believe that these stem cells, upon differentiation into specific neuronal lineage, would be able to help compensate for lost neurons, thereby holding great promise as neurodegeneration therapy. Therefore, it is highly vital to understand the genetic and epigenetic mechanisms of the underlying stem cell differentiation process. In our recent review, we discuss in detail how epigenetic mechanisms in MSCs, NSCs and iPSCs could be adapted to differentiate stem cells into neuronal lineages, which in turn could be used as a cell replacement therapeutic strategy for treating Huntington’s (HD) and Alzheimer’s disease (AD).

Huntington’s disease is an autosomal dominant, late-onset neurodegenerative disease characterized by the degeneration of medium spiny neurons in the striatum of the brain. Our lab had previously studied the effects of genetically modified MSCs that over express brain-derived neurotrophic factor (BDNF), which is deficient in HD brains, as a therapeutic strategy to alleviate the disease symptoms (Dey et al, 2010). As a next step to this study, we compared the effects of MSCs transplanted into a HD animal model at different passage numbers (three to eight versus 40 to 50 passages). The outcomes of this study demonstrated that the BM-MSCs with a higher number of passages were more effective in reducing the behavioral deficits observed in a mouse model of HD by creating an optimal environment for the cells to produce BDNF (Rossignol et al, 2015). Hence passaging these MSCs had an impact on the underlying epigenetics, thereby determining their fates.

DNA methylation, histone modifications and micro-RNAs are all involved in epigenetic regulation in adult neuronal stem cells. We believe that the differentiated neuronal lineages from these adult neuronal stem cells could be used to replace lost neurons in Alzheimer’s disease. Some of the modifications that take place during reprogramming include modification of histones by the DNA binding proteins such as the trithorax complex (TrxG) and polycomb complex (PcG). Other modifications include epigenetic regulation of certain genes by micro-RNAs such as miRNA-9 and miRNA-124.

Similarly, the induced pluripotent stem cells undergo various epigenetic modifications during their conversion from their somatic to a pluripotent state. The most prominent genes involved in reprogramming these somatic cells include Oct3/4, Sox2, Klf-4 and c-Myc. Apart from these, supplements added to the culture media and the growth environment have an effect on initiating certain epigenetic mechanisms, which trigger the cellular reprogramming. 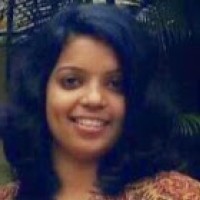