Think back to when you were 17 years old. Most likely, your afternoons did not involve planning experiments that would be conducted aboard the International Space Station (ISS) while you were racing to track practice or chorus rehearsal after school. For Anna-Sophia Boguraev however, this is her reality. In July, 2015, Anna-Sophia won thenationwide “Genes In Space” competition, which challenges young scientists to design a DNA experiment using PCR in space. Now, Anna-Sophia’s childhood past-times of flying around in a cardboard “rocket ship” and dreaming of becoming a scientist are now coming to fruition. The first phase of her experiment, of which she will be a principal investigator, is set to launch on April 8th, 2016 as part of the SpaceX8 resupply mission to the ISS.

While in space, astronauts suffer from an impaired immune response leading to overall immune system depression. More specifically, spaceflight results in a decreased Interferon γ (lfn γ) : Interlukine-10 (IL-10) ratio, which indicates a shift in how the body, and its T-cells, identify and respond to various kinds of pathogens. Ultimately a balance of T-helper 1 (Th1) and T-helper 2 (Th2) cells are needed for proper immune system function. Th1 cells are involved in “cellular” or “innate” immunity which fight viruses and other pathogens intracellularly, as well as eliminate cancerous cells. Th2 cells are responsible for the “humoral” or “acquired” immunity which up-regulates antibody production to fight extracellular pathogens. One possible mechanism for this shift is thought to be a change in the methylation profiles of the promoters of various cytokine genes. In order for a naïve (multipotent) T helper cell to differentiate into either a Th1 or Th2 cell, there must be appropriate promoter methylation or de-methylation in response to extracellular cytokine signals. Previous research has shown that spaceflight can cause changes to DNA methylation profiles, which raises the possibility that these epigenetic modifications triggered by the environment in space may be altering the differentiation process of immune cells and leading to a deficient immune response.

The “gold standard” for examining epigenetic phenomena on earth is bisulfite conversion –  a chemical treatment process that allows one to study DNA methylation by subsequent downstream amplification or sequencing methods. The goal of the Genes in Space-1 experiment is to establish whether or not bisulfite conversion followed by PCR amplification can be used to detect changes in DNA methylation in microgravity. The first step in this experiment will be to determine if PCR under such conditions is even possible as this will be the first time, since its development in the 1980’s, that PCR amplification of DNA has been performed in space.

Principal investigators on the Genes in Space Payload 1 will be using embryonic zebrafish DNA that has been already bisulfite converted and subject to methylation-specific PCR (MSP) analysis. They will be studying cytokines and genes with established methylation profiles, as confirmed by previous research on Earth. A set of these samples will be sent to space and ran using a specific PCR protocol, while simultaneously identical samples will be run under the same PCR conditions on here on Earth. The researchers are hopeful that the subsequent analysis when the samples are returned from space will show identical results, indicating that PCR can besuccessfully and accurately performed in microgravity. The success of this experiment will help to establish a genetic assay available in orbit that will provide scientists and astronauts with a deeper comprehension of the epigenetic changes that occur in space. In addition, it will also increase levels of autonomy from earth, a key factor for long-duration spaceflights.

The next phase of this experiment would be to evaluate differences in methylation profiles of Th1 and Th2 immune cells in space in order to see if modifications to DNA methylation really underlie the cause of astronauts’ depressed immune systems. If the hypothesis is correct, this could be the basis of establishing an in-flight epigenetic profiling method for monitoring astronaut health in real-time. This opens up a new frontier for the understanding of not only the human genome, but also the human epigenome in space. Assays with this much impact could allow for greater security in the wellbeing of our astronauts on long-duration spaceflights and, with a little luck and a lot of hard work, will soon be the norm for our space program.

Watch the live stream of the take-off here!
http://www.nasa.gov/multimedia/nasatv/

You can learn more about the Genes in Space program here:
www.genesinspace.org

You can also learn more about the PCR system making its way to space:
www.minipcr.com 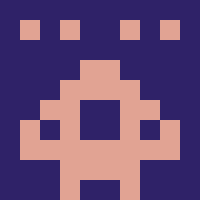