Chop It While It’s Hot! An Enzyme-Free Alternative to Hydroxymethylated DNA Detection

5-hydroxymethylcytosine (5-hmC) has been widely studied in many biological contexts, but the precise mechanistic functions of this epigenetic modification remain largely unknown.  Some evidence suggests that 5-hmC may be an intermediate in the process of DNA demethylation because it can be further oxidized to form 5-formylcytosine (5-fC) and 5-carboxylcytosine (5-caC), which are recognized and eliminated by the components of the DNA repair machinery.  Studies in this area so far have focused on determining the genomic distribution of 5-hmC and its relationship with other epigenetic modifications such as DNA methylation or histone modification. Several different methodologies have been developed to investigate 5-hmC in DNA, including methods based on enzyme digestion, antibody or JBP-1 enrichment, or bisulfite sequencing.  However, these methods have very complicated workflows and utilize tedious sample preparation methods, which limit their application.  Recently, Zhou’s group introduced a novel method for selective detection of 5-hmC and 5-fC modifications in DNA that is enzyme-free and is not dependent on any specific DNA sequences.

The authors found that treating DNA containing 5-fC with hot piperidine could lead to specific cleavage at the 5-fC residues.  To reach this conclusion, they synthesized oligos that contained either cytosine modifications (5-mC, 5-hmC or 5-fC) or unmodified cytosines at specific positions and the oligos were treated with hot piperidine and analyzed by PAGE.  By checking the fragment size, they found that the cutting occurred specifically at sites with 5-fC modifications.  Next, they tested the possibility of employing this method for 5-hmC detection by introducing an additional oxidization step.  Treatment of oligos containing 5-hmC with a solution of 6mM KRuO4 and 50mM NaOH, which is known to convert 5-hmC to 5-fC, was performed prior to the piperidine treatment.  As expected, the corresponding cleaved bands showed up in the gel.  The authors also investigated several hydroxymethylated DNA oligos with sequences corresponding to the promoters for human STAT3, BCL2, OCT4, NANOG, HOX5A and TNF genes and found that their treatments cleaved the DNA as expected, indicating that the method was sequence independent.  Cleavage of double-stranded DNA was also examined under the same conditions, and cleavage was observed.  These results suggest that DNA in a double-stranded context can be cleaved by this method, but it is not clear whether both strands were cleaved or whether only a single strand was cleaved.

Although questions remain regarding how complete the reaction is and further optimization is required, this method provides an alternative to restriction enzymes for 5-hmC cleavage.  Compared with the latter, the hot piperidine method represents a potential improvement because it does not rely on any enzymes or recognition sequence context, and has more selectivity and specificity.  With further validation and optimization, this method could also be combined with other downstream analyses like qPCR to generate locus-specific assays for 5-hmC detection and quantification.

Cut It Out! Characterization of PvuRts1I Homologues and Hydroxymethylated DNA Digestion 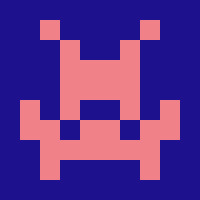 Xueguang earned his Ph.D. in molecular biology from Georgia Institute of Technology with a minor in bioinformatics. He then moved to Yale University for his postdoctoral training, where he became fascinated with epigenetics, driving him to join Zymo after two years working at a biofuel company in Boston. His research at Zymo centers on epigenetic biomarker discovery and assay development using next generation sequencing technology. He likes to play chess and badminton in his spare time, and loves hanging around with the family.