Obesity poses a serious burden on society, affecting more than one-third of the US population. Genetic research has failed to identify genes that predict obesity, but genome-wide association studies (GWAS) have identified regions in the genome that predispose an individual to unhealthy body fat distribution and body mass index, which are risk factors for type 2 diabetes. These regions can be modified by epigenetic changes, and the altered epigenome is passed down to subsequent generations. Epigenetics refers to heritable changes in gene activity and expression with no change to the DNA sequence. For example, gene expression can be modified through DNA methylation and changes to histones, like methylation and acetylation. Although the changes can be passed from parent to child, epigenetic changes may also be reversible; thus, they are potential targets for therapeutic intervention as well as diagnostic or prognostic biomarkers.

HDACis have emerged as new drugs in the treatment of diabetes and obesity because of the role they play in β-cell functions, insulin resistance, and adipogenesis. Among HDACis, valproic acid (an antiepileptic drug) and sodium phenylbutyrate (used in urea cycle disorders) are already in clinical trials for diabetes and obesity. A natural polyphenol, curcumin is an HATi and has been widely used as a spice in Asia for thousands of years (turmeric). A Phase IV clinical study on curcumin in a prediabetic population significantly lowered the number of individuals who would have otherwise developed type II diabetes making it a highly promising interventional drug. Tranylcypromine is an FDA-approved drug which is used to treat major depressive disorder. It is now known to be a histone demethylase inhibitor targeting lysine-specific demethylase (LSD1 and LSD2). LSD1 inhibition has been shown to enhance energy metabolism in high-fat diet conditions. Therefore, there is a potential to repurpose this antidepressant drug for the treatment of diabetes and obesity. Another natural polyphenol, resveratrol is found in red wine, grapes, and chocolate. It activates Sirtuin 1 which is an NAD-dependent HDAC. Sirtuins have been implicated in aging, inflammation, and stress resistance, as well as energy metabolism. Resveratrol has been extensively tested in humans for diabetes and obesity. A recent meta-analysis of 11 clinical trials concluded that resveratrol consumption significantly improved glucose control and insulin sensitivity in patients with type 2 diabetes without any side-effects in nondiabetic participants.  DNA methyltransferase regulation has also been shown to have a role in the development of diabetes. Hydralazine and procainamide (hypertensive and antiarrhythmic drugs respectively) are DNMTis, which are currently in clinical trials for diabetes treatment.

Freshen your breath while screening for cancer: harnessing DNA methylation in mouthwash samples for early detection of oral and pharyngeal cancer 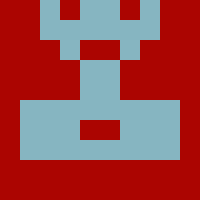