A Comprehensive Guide to Bisulfite-Converted DNA Amplification and Methylation Sequencing

Since DNA methylation analyses are just getting started after bisulfite conversion, it’s useful to first understand what just happened to your sample during the conversion. Bisulfite conversion is a relatively harsh process that will dramatically change the chemical and physical properties of your DNA sample. During the process, your genomic DNA transitions from large and stable double-strand molecules to an assortment of randomly fragmented single-stranded molecules. Additionally, most of the cytosine bases have been converted to uracil. Basically, your DNA does not resemble DNA anymore and has gone through a major overhaul, so you will have to make some adjustments to your subsequent experimental steps.

Just as with any other experiment, you will want to assess the quality and quantity of your sample before moving forward. A couple of common ways to accomplish this include:

Keep in mind that it’s necessary to make a few adjustments to each of these methods when working with bisulfite converted material.

UV-Quantification of Bisulfite Converted DNA
When using a spectrophotometer, use a value of 40 μg/mL for Ab260nm =1.0, because the converted DNA now more resembles RNA. At first, many researchers notice their recovery seems very low. There are two reasons for this:

1. It is low. It is possible to lose sample during the bisulfite treatment process, particularly if you use degraded DNA going into the reaction, which can lead to poor recovery.
2. RNA contamination inflated your initial quantification. During the bisulfite conversion and clean-up processes, RNA is removed so your followup quantification will appear low.

In either case, do not fear; the recovered material is generally still sufficient, particularly if a PCR step is planned downstream. Starting DNA that is RNA-free and intact will typically yield the best results.

Gel Analysis of Bisulfite Converted DNA
When using an agarose gel to analyze the converted DNA, use a 2% gel with a 100 bp marker. When using gels it can be necessary to load up to 100 ng of sample to visualize the DNA. Many researchers worry when at first they can’t see any band in their gel. This is totally normal as most of the DNA is single stranded. To address this, cool the gel a few minutes in an ice bath. This will drive some base pairing between the single-stranded molecules so the ethidium bromide can intercalate and illuminate your recovered material. The recovered DNA will usually smear from 1,500 bp down to 100 bp.

There is a tremendous range of bisulfite-based methods out there, but we’ll focus on some of the most widely used in labs today (i.e., PCR-based).

PCR-Based Analysis of Bisulfite Converted DNA
Numerous bisulfite-based analysis approaches employ PCR amplification, and some of the more widely used of these methods include:

The PCR step in these methods is also the most error prone. Again, most of the challenges of amplifying bisulfite converted DNA relate to the fact that the sample’s physical traits have changed, including:

• The converted DNA has become highly fragmented
• The strands are no longer complementary
• The molecules have lost most of their cytosine composition, turning it into more of a three-base containing nucleic acid

Although, these conditions do not make for an easy PCR experience, a few practices can mitigate the impact posed from this challenging template including:

Optimizing primers for bisulfite amplification can be challenging at first, but if you follow a few guidelines, you should be on your way to results relatively quickly. There are two types of primer design approaches depending on your application –Bisulfite PCR primers, which will amplify a region regardless of methylation status, and Methylation Specific PCR (MSP) primers which are designed to amplify only when a target loci is either methylated or unmethylated:

Primer Design for Bisulfite PCR
In this scenario, primers are used, as they are in other PCR settings, to amplify the template, most often for analysis by another downstream methodology (e.g. bisulfite sequencing, mass spectrophotometry) that will determine the DNA methylation status.

Unlike normal PCR where your template contains 4 bases, bisulfite PCR primers need to be longer to contend with the loss of most of the cytosines. Shoot for primers of at least 26-30 bases of sufficient specificity. Also, since your template will be highly fragmented, we recommend targeting anamplicon size between 150-300 bp.

Next, you will want to make sure that the primers avoid CpG sites, or if that is not possible; try to locate them at the 5’ end of the primer with a mixed base at the cytosine position.

When designing the primers , it is a good exercise to ‘convert’ the DNA first – changing all of the non-CpG cytosines to uracils. It is also important to note that only one strand of the template will be amplified by a given primer set. Because the DNA strands are no longer complementary, only the reverse primer will actually bind to the target DNA. The forward primer will only have a complementary template once generated from the reverse primer. Usually, 35 to 40 cycles are required for successful amplification.

Primer Design for Methylation Specific PCR (MSP)
Unlike primers for bisulfite PCR, MSP primers serve the dual functions of amplifying bisulfite converted DNA and interrogating the DNA methylation status at specific CpG sites.
In addition to observing the above practices for standard bisulfite amplification, MSP primers should be designed taking the followingguidelines into account:

1. CpG site(s) of interest must be included in the primers.
2. The CpG(s) should be located at 3’ end of the primers.
3. Two primer sets are required for each amplicon that will be interrogated:

Flowchart of primer design for bisulfite PCR and Methylation Specific PCR (MSP). (A) Following bisulfite treatment, the two converted strands of the DNA template are no longer complementary. It is important to note that only one strand will be amplified with any given primer set. This is illustrated by the following examples: (B) Primers for Bisulfite PCR are designed for subsequent sequencing and analysis of cytosines within the amplicon. CpG sites within the primers should be avoided or located at the 5’-end with a mixed base at the cytosine position (Y= C/T, R= G/A). Sequencing data is commonly represented by a “lollipop” plot where closed circles represent methylated cytosine positions and open circles non-methylated ones. (C) Primers for Methylation Specific PCR (MSP) are designed to target and assess the methylation status at specific CpG sites. CpG sites within the primers must be located at the 3’-end to increase their specificity to methylated (M) or non-methylated (U) templates. Completely methylated or non-methylated templates will generate a single amplicon from only their representative primer set following MSP. Samples with mixed methythation, will be amplified by both primer sets.

USE A HOT START POLYMERASE

TURN UP THE HEAT WITH HIGHER ANNEALING TEMPERATURES

At Zymo Research, we have found that higher annealing temperatures are key for good amplification, but work outside our lab, including that of M.D. Anderson’s Lanlan Shen, (Biotechniques, 2007) also confirmed that raising the annealing temperatures was instrumental in improving PCR efficiency from bisulfite converted templates.

The good news is that the longer primers suggested for bisulfite primer design, not only help with specificity, but also bring your melting temperature up. It’s also best to include as many guanines as possible in the primer regions to increase the melting temperature of the primer to the recommended 55-60 °C range.

CHOOSING WISELY: WHICH BISULFITE CONVERSION APPROACH IS RIGHT FOR YOU?

A few years ago, there wasn’t much to choose from in terms of bisulfite conversion options. Today, you have many, which can also present some challenges. Let’s run through a few considerations and research scenarios that will impact which type of bisulfite-treatment kit you’ll want to use:

Researchers who are New to Bisulfite Conversion
If you are a new user, and starting a bisulfite conversion project from scratch, you will need a bisulfite conversion kit that’s ready to go right out of the box. The EZ DNA Methylation-Lightning™ Kit sports a fast, highly robust and simple protocol, along with pre-mixed reagents, making it a great all-around performer. The ease and efficiency of the Lightning kit is ideal for scientists entering the realm of DNA methylation.

Researchers Who Seek Speed and Convenience
Many bisulfite conversion techniques use an incubation time of several hours, or even overnight, and require that reagents be prepared and set up ahead of time. The EZ DNA Methylation-Lightning™ kit is designed for researchers who crave simplicity and don’t have time to spare. The Lighting Kit uses a pre-mixed conversion reagent that is ready-to-use right out of the box, plus it has been optimized to completely convert DNA inabout an 1 hour.

Researchers Working with Small Amounts of PreciousSamples
Another challenging situation researchers often face is having very little sample to work with (e.g., FFPE, LCM, Needle core biopsies). Moreover, our scientists have developed a specialized conversion reagent in the EZ DNA Methylation-Direct™ Kit for ultra-low sample inputs, whether the DNA has been purified or not..

Researchers Seeking Validated Kits for Use in Commercial Platforms
Our bisulfite conversion systems are recommended by a number of commercial platforms due to their reliable performance.

The HumanMethylation450 BeadChip array allows interrogation of DNA methylation status at around 450,000 unique CpGs in a single experiment. R&D scientists at Illumina validated several commercially available kits and found our EZ DNA Methylation™ kit to be highly compatible with their protocol.

MassARRAY® is a MALDI-TOF based system that can measure individual methylation ratios for CpGs within a target sequence to determine relative methylation status of up to several hundred CpGs in multiple samples. The team at Sequenom found that our EZ DNA Methylation™ Kits enabled reliable and consistent results on the MassARRAY® platform.

SeqCap Epi Enrichment enables the targeting of selected genomic regions from bisulfite treated genomic DNA, which can act as a screening tool to identify specific regions in the genome for methylation variation assessment. Scientists at Roche Nimblegen have shown that EZ DNA Methylation-Lightning™ kits work quite well in this system

Bisulfite conversion has been, and continues to be a cornerstone of DNA methylation analysis methodologies. Although there are some considerable challenges associated with bisulfite treatment, they can be overcome relatively easily using the techniques that we have discussed in this guide. If you have additional questions, or would like to learn more about the application of bisulfite conversion kits in your research, please contact Zymo Research Technical Support at tech@zymoresearch.com

The Role of Epigenetics in Cognitive Ageing 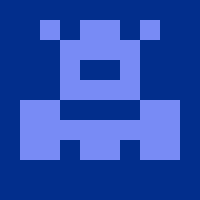