MicroRNAs (miRNAs) are non-coding RNAs, roughly 22 nucleotides in size that are central and negative regulators of gene expression. They exert their functions through base-pairing with the 3’UTR of mRNAs   and block expression at the transcriptional and post-transcriptional levels, depending on the perfect or imperfect match in sequences between miRNAs and their target genes. miRNAs are central nodes in a variety of biological processes like cell proliferation, apoptosis, migration and differentiation, and are considered to be “epigenetic controllers” because they influence gene expression without altering the genomic sequence. Altered expression of miRNAs is a commonly observed in various pathological conditions, including cancer, where they can act as tumor suppressor genes or oncogenes.  Similar to protein-coding genes, miRNAs are also subject to epigenetic regulation by DNA methylation in their promoter regions. DNA methylation of miRNAs indirectly influences the regulation of the miRNA target genes, silencing or overexpressing them in case of hypo- or hypermethylation of miRNAs respectively.

DNA methylation patterns are also altered in cancer. Usually aberrant methylation is not restricted to few genes, but instead changes are widespread throughout the genome. The functional result of DNA methylation is highly context dependent and can have opposite effects on gene expression depending if it occurs in the promoter of a coding gene or a miRNA. Presence of DNA methylation at a gene promoter often results in downregulation of the gene. However, DNA methylation of miRNAs leads to an overexpression of their target genes. Moreover, miRNAs can influence the expression of many targets and their gene targets can be regulated by multiple miRNAs at the same time, creating a network of miRNAs-targets which vastly increases the complexity of gene regulation.

In effort to provide clarification on how DNA methylation and miRNAs work together to regulate gene expression, our group analysed the effects of miRNA DNA methylation on several genes involved in Neuroblastoma, a tumor of infancy. We identified four miRNAs (miR34b, miR34c, miR149 and miR124-2) subjected to DNA methylation in their regulatory regions. Interestingly, these miRNAs share several targets (CDK6, CDK4, E2F1, E2F3, CCND1, CCNE2, BCL2 and MYCN) which are known central actors in cell cycle and apoptosis pathways and are involved in the pathogenesis of Neuroblastoma. We demonstrated that despite differences between cell lines at the gene expression level, the miRNAs-gene network is invariably disrupted in these pathways. Treatment with 5’Azacytidine, an epigenetic drug which induces global demethylation of the genome, revealed an inverse correlation between methylation status of these miRNAs and the expression of their gene targets. 5’Azacytidine treatment resulted in a down regulation of miRNA-regulated genes. Furthermore, introducing these miRNAs into neuroblastoma cells by miRNA-mimic transfections is able to partially block the cell cycle switch towards an apoptotic fate.

Overall these data reveal a complex, multi-level interaction of epigenetically altered miRNAs which fail to properly regulate the cell cycle, leading to diminished effectiveness of the apoptotic process. This suggests that DNA methylation regulates gene expression on multiple levels to regulate cell homeostasis and cancer progression. These data are not exhaustive but we consider them to be crucial pieces of a larger puzzle: additional miRNAs could be under control of DNA methylation, influencing cell cycle and apoptosis. Conversely, the miRNAs analysed here could also target other genes and pathways in addition to those we have considered. Additionally, scientific literature has disclosed several genes that are directly silenced by methylation rather than miRNAs.  Because of the multiple levels of epigenetic regulation, we strongly believe that a detailed “map” of epigenetic alterations would define a more complete interaction between DNA methylation, miRNAs, and gene expression. This map could then help predict the effectiveness of epigenetic therapies in the treatment of neuroblastoma as well as other epigenetic diseases. 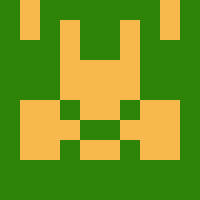