Epigenetic studies have explored DNA modifications in relation to key biological processes such as gene expression, parasitic elements silencing, or genome stability. Of these, methylation of the 5th carbon of cytosine (referred here as 5mC) has been extensively studied, making use of a plethora of methods to map 5mC in a genome-wide fashion. Recently, attention was brought on a newly discovered DNA modification that results from 5mC oxidation into 5hmC (5-hydroxymethylcytosine) by the TET family of dioxygenases (TET1, TET2, TET3) 1. This key discovery allowed a better understanding of passive and active DNA demethylation systems, and extended our knowledge of the epigenetic repertoire.

Although post-transcriptional modifications of RNA nucleotides largely outnumber DNA modifications, they received little attention. Interestingly, a handful of reports have also described the presence of 5-hydroxymethylcytosine on mRNA (referred here as 5hmrC), being also at least partially attributed by the TET enzymes 2-4. However, its genome-wide localization, function, and biological roles remained largely unknown.

In order to answer these questions, we searched for TET orthologs found in organisms lacking substantial DNA methylation, but in which RNA methylcytosine is present. In addition, an important parameter we considered was that the catalytic residues of the enzyme had to be conserved, implying that the presence of such protein would act mainly on RNA, and therefore would offer a focused view on the function of 5hmrC. We discovered that the Drosophila ortholog of TET (CG43444 or “dTet”) is responsible for hydroxymethylcytosine formation in polyadenylated RNAs (Fig1). We next developed a new method – hMeRIP-seq – that consists in a pull-down and deep-sequencing of 5hmrC-enriched RNA fragments. This offered for the first time a complete RNA-hydroxymethylome from which stemmed important discoveries:

(1) 5hmrC is enriched in mRNAs involved in embryogenesis and neuronal differentiation, (2) 5hmrC peaks tend to cluster in the exons of highly expressed genes, and (3) a significant fraction of 5hmrC-targets are differentially expressed upon knockdown of dTet. Interestingly, 5hmrC was highly enriched in the UCCUC motif, an exonic splicing enhancer (ESE) sequence discovered 15 years ago in Drosophila 5. In addition, further in vivo and in vitro experiments showed that 5hmrC potentiates mRNA translation, and that dTet is essential for Drosophila development, as flies knockout for dTet show abnormal neuronal differentiation and lethality at larval/pupal stages.

These results were published in January 2016 in Science 6, and open new avenues in the field of “epitranscriptomics”, for instance on the identification of factors able to read and interpret the modification. In addition, as DNA hydroxymethylomes seem to be affected in diseases such as cancer, one might expect a similar effect on 5hmrC. It is also likely that 5hmrC is further oxidized into formylcytosine (5frC), and carboxylcytosine (5carC) by TET in vivo, as is the case on DNA. It would then be key to map these modifications, and assess their implication in brain development. Finally, we and others have observed that genetic deletion of TET does not completely abolish 5hmrC signal 2,6. Therefore, it will be of importance to see whether other enzymes are responsible for 5mrC oxidation, or if this can be explained by chemical oxidation, or background signal inherent to the experimental design.

Fig1: RNA hydroxymethylcytosine (5hmrC) is highly abundant in D. melanogaster brain and is deposited by CG43444 (called “dTet”). Polyadenylated RNAs are particularly enriched with 5hmrC in exons bearing a repeated UCCUC motif, and heavily loaded with ribosomes, further suggesting potential roles of this modification in RNA splicing and translation.

A Consistent Signature of Histone Deacetylation in Huntington's Disease? 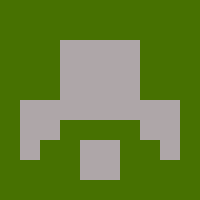