Results from ENCODE released in 2007 suggested that 80% of the human genome plays a role in at least one RNA biochemical and/or chromatin modelling event; much higher than previously understood. More importantly, a significant portion of this active genome is transcribed into RNA, without any known corresponding functional protein. As a result, a large body of research has since been focused on trying to identify and characterise noncoding RNA, leading to a recent breakthrough in the discovery of enhancer RNA (eRNA). That is, noncoding RNA transcribed from most active enhancer regions.

As it stands, many of the theories that attempt to explain a functional role of these novel eRNAs lack substantial evidence. Some have suggested that production of these molecules may purely be due to noise during target gene transcription; whereas others argue that they play a crucial role in chromatin looping, or even transcription factor recruitment.  A paper published last month by Sigova et al, attempts to elucidate the function of these noncoding RNAs based on the knowledge that certain transcription factors have been found to bind various RNA molecules. They proposed that the eRNA may therefore be playing a role in stabilising the binding of transcription factors to enhancers, positively reinforcing the association.

Using the transcription factor Yin-Yang 1 (YY1), which is known to bind RNA in vitro, they used CLIP-seq to show that binding of YY1 at enhancer and promoter regions coincided with its binding to RNA. Subsequently, to test whether this transcription factor-RNA binding contributed to a stable occupation, they transiently inhibited RNA production, blocking eRNA production but not affecting the YY1 protein concentration. As predicted, this resulted in a small but significant reduction in transcription factor occupancy. Similarly, purification of chromatin and treatment with RNase also reduced the bound proportion of YY1.

Together, these results indicate that eRNA plays a functional role in stabilising the association of certain transcription factors to the enhancer sites. Of course, this has implications for a variety of diseases resulting from aberrant expression of genes, reinforcing the notion that epigenetics plays a large role. More specifically, altered expression of these eRNAs may play a direct role in switching binding sites and therefore expression profiles within cells. Having said this, further work will need to be done to ensure that this is the case. 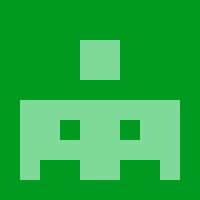