Histone tails that are exposed at the nucleosomal surface are targets for a multitude of covalent modifications, such as acetylation, methylation, and phosphorylation. These post-translational modifications have been shown to function as a ‘histone code’ that coordinates the recruitment of effector proteins and regulates chromatin structure, gene expression, and genome stability. DNA methylation of CpG dinucleotides is another epigenetic event involved in gene regulation, and the maintenance of DNA methylation is essential for normal mammalian development and long-term transcriptional silencing. Previous studies showed that DNA methylation co-localizes with specific histone modifications, however, the biological mechanisms linking these two types of chromatin modifications in human cells have not yet been established.

Inheritance of the epigenetic DNA methylation pattern is mediated by the enzyme DNA methyltransferase 1 (DNMT1), which methylates newly synthesized DNA sequences during DNA replication. The E3 ubiquitin ligase UHRF1 recognizes and binds hemi-methylated CpG dinucleotides and recruits DNMT1 to these sites. A recent study published by Rothbart et al. showed that UHRF1 can also bind to histone H3 that is methylated on lysine 9 and that this interaction contributes to the maintenance of DNA methylation during mitosis. Using printing peptide microarrays and in-solution peptide pulldown assays, the authors showed that UHRF1 preferentially bound to dimethylated H3 K9 (H3K9me2) and trimethylated H3 K9 (H3K9me3), relative to other histone modifications, regardless of the presence or absence of H3 S10 phosphorylation (H3S10ph) – a known mitosis marker. Interestingly, while the binding of most proteins that bound methylated H3K9 was prevented by neighboring H3S10ph during mitosis, UHRF1 was insensitive to H3S10ph, and remained bound to chromatin throughout mitosis.  Furthermore, when UHRF1 levels were knocked down, the authors observed a decrease in DNA methylation, and this decrease was restored by expression of UHRF1, suggesting that UHRF1 is important to maintain DNA methylation levels.

Taken together, these data suggest that the interactions between UHRF1 and H3K9me, hemi-methylated DNA, and DNMT1 are necessary to maintain DNA methylation in mammalian cells. This study provides the first mechanistic link suggesting that teamwork between histone post-translational modifications and DNA methylation is important for the maintenance of DNA methylation patterns.

WHEN IT COMES TO CANCER DRUGS, SOMETIMES LESS IS MORE 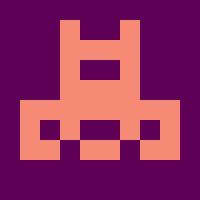