Dietary factors and habits are now known to induce intrauterine molecular reprogramming events in growing fetuses with consequent increase in the risk of type 2 diabetes1. Additionally, epigenetic mechanisms as a result of dietary factors may well be contributing towards the rising incidence of type 2 diabetes globally. In view of this, we started to look closely at white (polished) rice, which is a major staple food for people in countries where the prevalence of type 2 diabetes is projected to be highest in the near future. This rising trend and the recent links between rice consumption and type 2 diabetes 2,3 was the reason why we took an interest in the possible contribution of white rice to diabetes incidents. The first part of our study published recently in Molecular Nutrition and Food Research 4 demonstrates how consumption of white rice by rats could increase the risk of insulin resistance in their offsprings possibly through epigenetic mechanisms. We observed hyperleptinamia, hypoadiponectinemia, increased retinol binding protein 4, high homeostatic model of insulin resistance and worsening of oral glucose tolerance test, consistent with higher risk of insulin resistant and other metabolic perturbations in rats that consumed white rice and their offsprings, in comparison with brown rice groups, respectively. Additionally, the expression patterns of insulin signaling genes across insulin sensitive tissues (liver, adipose and muscle) were significantly different between the white rice and brown rice groups, suggesting that the rice diets had some epigenetic effects on genes involved in insulin signaling, which reflected in the different health outcomes. These different health outcomes may have been as a result of the higher glycemic index, and lower bioactive composition and nutritional value of white rice compared with brown rice, resulting in worsened metabolic indices in the mothers with subsequent intrauterine molecular reprogramming events that result in heightened risk of insulin resistance in the offsprings. Other changes including different gut microbiota and hormonal differences brought about by the different rice diets in the mothers could also have contributed to the outcomes in the offsprings.

Type 2 diabetes mellitus remains a problem globally, and efforts at curbing its rising incidence have yielded limited results. Links between diet and health outcomes, as stated earlier, and the observation that the diabetes trend in Japan may be slowing down due to increasing popularity of brown rice and its products 1,5 suggests that white rice may have been promoting the growth of diabetes over the years. However, there have been several arguments indicating that white rice may not be the main culprit in the growing burden of diabetes in predominantly rice consuming countries, and that many factors may in fact be contributing to such trends 6. Our data, which is the first of such reports, albeit preliminary, suggests that excessive white rice consumption ought to be considered more closely as a significant contributing factor to the growing burden of diabetes in humans. Contrary to observations by Kadoch 7, western lifestyle may not be contributing as much as white rice consumption because there is evidence to suggest consumption of white rice far outweighs western diets in low to middle income countries, which are predominantly rice consumers and where the burden of diabetes is projected to be highest in the near future. Moreover, even at the height of an unhealthy and diabetes-promoting lifestyle, the number of incidents of diabetes was never as bad in western countries as it is expected to be in these countries. This clearly points to another factor prevalent in the rice consuming countries, although higher numbers of people with exposure to white rice in the low to middle income countries, compared with the numbers of people living the unhealthy and diabetes-promoting lifestyle in western countries, may be a reason for the higher diabetes incidents in those countries. We also argued that even though Dr Walter Kempner used white rice as part of his dietary management of diabetes 8, the presence of fruits and vegetables in the diet may have offset the negative effects of white rice.

The link between white rice and diabetes had generated controversies and in our opinion, Naqvi et al.9 and Neal 10 were right to suggest that more studies should critically assess the links between the two in an attempt at finding lasting answers to the debate. Our findings provide some answers to the ongoing debate, and at the moment, it may seem logical in view of the compelling evidence to suggest that encouraging less consumption of white rice should be an important, simple and cost effective strategy in trying to reduce the burden of diabetes in low and middle income countries pending outcome of further studies, especially in humans.

Our report provides some insight into what may be happening due to white rice consumption to offsprings of mother who consume white rice. The data suggests that the nutritional composition of white rice may somehow be affecting the way our genes function through differential epigenetic modifications of parts of our genome across different tissues. Hence, there is need for studies to look at the transgenerational effects of white rice consumption (across several generations) on insulin resistance in humans, in order to determine the contribution or not of white rice in the growing incidence of type 2 diabetes, in countries where white rice is predominantly the staple food. Such findings will no doubt have huge implications on the health of majority of people around the world. 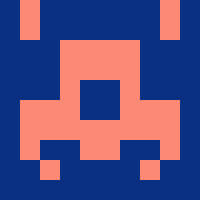