In Mathias Malzieu’s novel “The Boy with the Cuckoo-Clock Heart”, Jack is born with a frozen, dysfunctional heart which, fortunately for him, is soon replaced with a workable heart made from a cuckoo clock. If found in a similar situation, who would not desire such an amazing, albeit strange, miracle? Unfortunately, despite the advancements of modern medicine, cardiovascular disease (CVD) remains the leading cause of morbidity and mortality in developed world.1

CVD is a common result of the inability of the heart to replace damaged or dead cardiomyocytes following injury. Stem cell-based treatments such as induced pluripotent stem cells (iPSc) and embryonic stem cells once showed great promise in treating cardiac disease however, further research has shown these methods to be inviable as differentiating pluripotent cells into a limited number of cells is difficult to restrain and there is a high tendency to form tumors when injected into adult tissue.2 Thus, we sought an alternative approach that would expand the phenotypic capacities of adult cells, such as bone marrow (BM), to make them cardiac competent without having to first make them pluripotent.

Since both bone marrow and heart are mesoderm derivatives, we made an effort to broaden the differentiation potential of BM cells to a cell that was pan-mesodermal by employing various extracellular signaling proteins and pharmacological reagents that have been shown to enhance the efficiency of iPSCs production (but by themselves are unable to generate a pluripotency). In screening such molecules, we found that BIX01294, a G9a Histone Methytransferase (HMTase) inhibitor, was able to enhance the cardiopotency of BM stem cells by inducing expression of Mesp1 and Brachyury, markers associated with pre-cardiac progenitors in the early embryo.3 Furthermore, BIX01294-treated BM cells did not show any significant increase in transcription of pluripotency genes. BIX01294-treated cells also showed decreased expression of hematopoietic progenitor cell marker GATA2, supporting our hypothesis that BIX01294 reversed the commitment of the mesoderm-derived BM progenitor cell from a hematopoietic fate to a cell with a broader pan-mesodermal cell potential.

Subsequent incubation of BIX01294-treated MSCs with cardiac conditioned media provoked formation of phase bright cells that had resembling morphology and molecular profiles of cells that form normally from cultured atrial tissue. Furthermore, these cells were capable of aggregation and differentiating into cardiac competent cells. In comparison, untreated MSCs did not exhibit a burst of phase-bright cells and did not show an increase of cardiac protein expression.

Previously established reports have shown successful reprogramming of somatic cells to cardiomyocytes by viral delivery of cardiac transcription factors. While this latter approach is efficient for differentiating cardiomyocytes, the use of transgenes may lead to misregulated cardiac gene expression when the cells become integrated into the heart. Moreover, this transgenic transformation into a differentiated myocyte phenotype bypasses the cardiac progenitor stage, which comprises a cell population that may be more amenable for repair of certain types of cardiac anomalies and insults. Thus, by resetting the cell phenotypes into cardiac competent cells by external stimulus only, we present an option of repairing the heart by either direct administration of progenitor cells into the heart or prompting endogenous differentiation into cardiac cells in culture for engineering tissue grafts. Collectively, our studies suggest that inhibition of G9a HMTase by BIX01294 broadens the phenotypic potential of BM cells to become competent to generate cardiac myocytes that could be used to enhance the ability of an abundant and accessible stem cell population for cardiac repair. 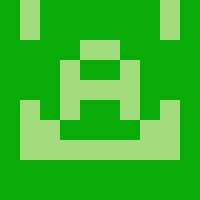