When the fertilization occurs, the maternal and paternal pronuclei have thousands of opposite methylated regions. Most of this germline methylation are resolved during the postfertilization epigenetic reprogramming by active mechanism for the sperm-derived methylated regions and depending on DNA replication for the oocyte-derived ones. There is a subset of regions that are known to avoid this demethylation: the imprinted differentially methylated regions (DMRs). The imprinted DMRs are in general located in promoter regions ,where the cytosine methylation marks one of the parental alleles influencing in the allelic expression of surrounding genes. The majority of known germline-derived imprinted DMRs are maternally methylated and this differentially methylated pattern are maintained throughout development– and latter in the adult tissue – except for the primordial germ cells, where imprinted are erased and the new methylation pattern will be established depending on the embryos gender.1

Recently, it have been identified in mouse preimplantational embryos a subset of transient differentially methylated regions. This tDMRs inherits their methylation mainly from the oocyte and subsequently gain methylation on their paternal alleles at implantation.2 In 2014 it was published the “DNA methylation dynamics of the human preimplantation embryo” but it is currently unknown how many germline methylation differences survive embryonic reprogramming as a tDMRs in humans.3

To identify potential transient germline-derived DMRs in humans, we analyzed 28 publicly available methyl-seq datasets from oocyte, sperm, preimplantation embryos, placenta and 19 somatic tissues. We identify 53,549 methylation differences between human gametes, most of them methylated in the sperm and not in the oocyte. In the case of the oocyte-derived DMRs, the 80% of them remain partially methylated at the blastocyst state, while only a 1% of the sperm-derived DMRs survived.

After discarding all the already known imprinted DMRs, we confirmed 2 new regions with oocyte-derived methylation which persist in all the tissues tested and 36 regions that were 50% methylated only in placenta, expanding the number of placenta-specific DMRs.4-7 Moreover, we demonstrate that these placental-specific DMRs are exclusive to primates, since they are partially conserved in macaque placenta, but not in other mammalian species tested (horse, cow, dog or mouse) where these regions are either fully methylated or unmethylated.

In addition to the methylation analisis, we also perform an expression study of some genes whose promoter contains a placenta-specific DMR. Utilizing single cell RNA-seq datasets from human preimplantation embryos we show that following embryonic genome activation, the maternally methylated tDMRs can orchestrate imprinted expression. However, our allele-specific expression analysis performed on placenta samples revealed that not all placenta-specific DMRs coordinate imprinted expression.

Summarizing, we show that allelic methylation is selectively protected during embryonic reprogramming and present at the blastocyst state. In addition, unlike the ubiquitous DMRs, only half of all placenta-specific DMRs are associated with monoallelic exression, suggesting that despite being maternally methylated, the maternal alleles may not be associated with a compact chromatin state or with repressive histone modifications sufficient to influence transcription. 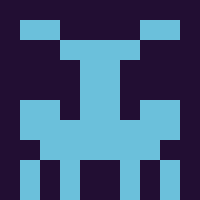