A nucleosome is constituted by positively charged histone proteins and negatively charged DNA. Methylation as well as other covalent modifications on DNA and histones ( together also called epigenetic modifications or marks) play important roles in the regulation of chromatin structure and function. TET (Ten-Eleven Translocation) proteins were identified as 5mC oxidases which not only generate new 5mC oxidative derivates (5hmC, 5caC and 5fC) but also initiate active or passive DNA demethylation1-4. Our recent work (Kong et al., 2016, Nucleic Acids Res) has gone one step further and revealed that TET proteins could also reconfigure the histone methylation patterns particularly at hypermethylated CpG islands (CGIs)5.

In this study, both “gain-of-function” (TET2 overexpression in TETs low-expressing 293T cells) and “loss-of-function” (Tet1/2 double knockout in mouse embryonic stem cells) models have been used to address the functional role of TET proteins in the epigenetic crosstalk between DNA and histones. As expected, TET2 over-expression resulted in an increase in 5hmC but a decrease in 5mC at both specific gene-loci and genome-wide levels in 293T cells. Interestingly, we observed the formation of de novo bivalent domains (histones with both the transcriptional activating mark H3K4me3 and the repressive mark H3K27me3) at the hypermethylated CGIs in 293T cells upon overexpression of wild-type TET2. In contrast, over-expression of the catalytic inactive mutant TET2 did not have such effect in 293T cells. Consistent with the data obtained from several representative gene-loci, the genome-wide analysis data (MeDIP-seq, hMeDIP-seq, and ChIP-seq) also supported our model that TET proteins are sufficient to reconfigure the “histone code” at the hypermethylated CGIs: from the “silenced” heterochromatin to the “poised” chromatin structure with bivalent domains. Consistently, depletion of Tet1/2 in mouse embryonic stem cells led to substantial decrease in repressive H3K27me3 enrichment at CGI gene promoters and consequently reduced the number of bivalent genes.

Cumulatively, this work provides compelling evidence that TET proteins are important physiological players in the fine-tuning of DNA methylation and histone modifications. Perturbation of the interplay between these two key epigenetic pathways is expected to deregulate proper development and cell differentiation, lending to the occurrence of detrimental diseases6,7. Indeed, ∼ 75% of abnormally hypermethylated CGI genes in cancers were found to be marked by bivalent chromatin structures in ESCs or adult stem/progenitor cells8. Interestingly, the expression and/or activity of TET  family genes are down-regulated in almost all cancer types9,10. Collectively, these findings provide novel insight into the regulatory function of TET proteins in the reconfiguration of the chromatin structure of genes silenced by DNA hypermethylation and shed light on how the ‘loss-of-function’ of TET family genes contributes to the characteristic abnormalities observed in human diseases, such as cancers. 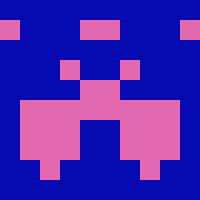 DNA methylation and hydroxymethylation in the aging brain – Not less, but where