Phenotypic differences between males and females of a species are referred to as sexual dimorphism. Sexual dimorphism manifests not only in morphological traits, but also in physiological and behavioural traits. In organisms that do not have sex chromosomes, males and females are both derived from a nearly identical genome. Such is the case in zebrafish. Despite being such an important model for biological research, the mechanism of sex determination still remains a mystery. Many believe environmental factors may play a role, but there is no consensus. In such cases then, what it is that makes an individual a male or a female? Sex-specific expression of certain genes is one of the main proximate causes of phenotypic differences between the sexes in these organisms.1,2 Therefore, sex differences in specific gene expression forms a basis for the “male-sex drive hypothesis”. The male-sex drive hypothesis predicts that a stronger selection on male traits results in masculinization of the genome, and therefore a “male” individual. However, the underlying molecular events that cause differential gene expression resulting in a male sex is unknown.

We hypothesized that epigenetic mechanisms (i.e., DNA methylation) are involved in determining sexual traits and sex specific gene expression. In our recent paper, we investigated evidence of masculinization of zebrafish epigenome. Previously, we documented the first genome-wide base resolution DNA methylome of zebrafish brain and liver.3,4 Here we analysed the zebrafish adult brains (2 male and 2 female samples, each of them a pool of six individuals) to address the male sex drive hypothesis at both methylome5 and transcriptome6 levels. We chose to look at brain because of its role in behavioural differences between sexes, as well as it is the second most sexually dimorphic organ (after the gonads) and there is a wealth of evidence supporting sex specific gene expression other organisms.7

We found that although the global DNA methylation profile is similar, substantial site-specific methylation differences exist between adult male and female brain. We identified 15 distinct CpG clusters that showed striking sex-specific DNA methylation differences between male and female brain (termed as DMCs), which were enriched in gene bodies, intergenic regions, and CpG island shores. Contrary to our masculinisation hypothesis, we found that female-biased genes (i.e., highly expressed in females than males) were more abundant than male-biased genes!

Overall, our results do not support the male sex drive hypothesis in zebrafish. However, the identification of the extraordinary methylation differences in certain loci (DMCs) raises several fundamental questions. First, are these changes tissue specific, (i.e. only in the adult brain)? If so, then it is likely that these changes reflect interactions between the epigenome of specific tissues and external cues and the environment. A second and, perhaps more important question, is “How early in developmental are these marks embedded in the zebrafish epigenome?” We know that in zebrafish the Zygotic Genome Activation (generally referred as ZGA or MBT) occurs at the 256 cell stage and transcriptional programs of the organism starts from this point. Are the distinct methylation sex differences established before or just after this transition?

Our study is the first to shed light on sex differentiation in Zebra fish through genome-wide methylome and transcriptome assessment of sex-specific epigenetic patterns in zebrafish. Although we believe these findings have broad implications, many questions remain unanswered. Future studies should investigate how early sex-specific epigenetic changes occur and whether other tissues carry these epigenetic marks. Such work will help explain the role of non-genetic events in regulating gene expression patterns, ultimately helping us understand underlying mechanisms of the development of sexual dimorphism. 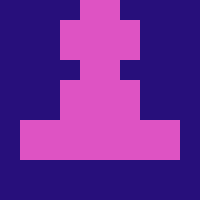