While sex differences across aging and in the incidence of neurodegenerative diseases are well documented, relatively little data is available that compares sex-specific epigentic changes in the aging brain.1  Recent studies have identified specific loci with age-realted hyper- or hypo- methylation changes in liver, lung, and heart – but no studies have extensively examined brain tissue.2-4

In a recent report Masser, Hadad, and colleagues5 performed base-specific, genome-wide analysis of methylation changes in the hippocampus of young (3 month) and old (24 month) male and female C57Bl6 mice. Unexpectedly, they found that the majority of age-related changes in methylation were observed in a non-CpG context.  Additionally, although males and females had more methylation marks in common than was expected, the majority of age-related changes were indeed sex specific.  Differential methylation in CG motifs were found to be over-represented in non-CpG island contexts, intronic regions, and certain enhancer regions but under-represented in promoter and CpG islands.

In addition to sex-specific aging changes, the authors identified a set of life-long methylation differences between males and females.  They then used a compendium of publically available methylation data from the human cortex and hippocampus, to show that age-related sexual divergences and life-long sex differences are also present in humans. While sex differences in methylation patterns have been reported during brain development6 this study is the first to demonstrate that these differences can persist throughout life in the brain. These findings also demonstrate the central factor of sex in age-related epigenomic regulation and highlight the need to include both females and males in epigenomic studies.  With the understanding that methylation is regulated in a loci-specific manner with aging, future studies will need to determine the functional impacts of these changes in genomic organization and gene expression.  Investigations into the regulatory mechanisms that direct addition or removal of methylation to specific genomic locations is also warranted given that some mechanism(s) must be spatially directing these changes and in a sexually divergent fashion.

DNA Methylation is as Active Mark of Aging and Cognitive Impairment 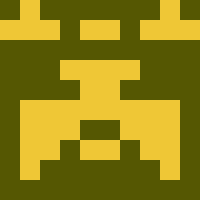