Ovarian cancer is the most lethal gynecologic malignancy. After epigenomic analysis of patient tumors, aberrant DNA methylation patterns are universally observed in the most abundant histological subtype of ovarian cancer, high-grade serous ovarian cancer (HGSOC). These epigenetic modifications like DNA methylation are known to frequently affect gene regulation involved in cancer-related processes. Since epigenetic alterations are reversible in nature, these changes have emerged as attractive targets for epigenetic therapy for cancer. However, modelling this cancer type for epigenomic research is a great challenge for preclinical researcher.1 Recent genomic analyses showed that most commonly used HGSOC cell lines, like SKOV3 and A2780, are less representative models of HGSOC. Recently, patient-derived tumor xenografts (PDXs) i.e., patient tumor tissues transplanted directly into immune-deficient mice have appeared as better representative preclinical models than cell lines-based xenograft models. They recapitulate histological type, as well as maintain genomic features and the reminiscent heterogeneity of the corresponding patient’s primary tumor.2 Furthermore, treatment results of ovarian cancer PDXs have a good predictive value for standard platinum-based chemotherapy and novel therapeutic agents. Recently, a panel of about 50 ovarian cancer PDXs with different histological subtypes have been established and genomically characterized for future cancer research at University Medical Centre Groningen, The Netherlands.3 Although several comparative gene expression and mutational studies have been performed for HGSOC PDXs, comparable studies on the epigenome are not yet available.

In a recent publishes report, Tomar et al. and colleagues performed a genome-wide analysis of the DNA methylome of HGSOC patients with their corresponding PDX tumors, from different generations of tumor propagation [from patient tumor (F0) to first mouse (F1) and from that mouse (F1) to another mouse (F2) and so on (F3) as shown in the figure]. They found minor changes of 0.6-1.0% of all analyzed genome-wide methylation-enriched regions (CpG sites) during propagation showing that HGSOC PDXs were epigenetically stable.4 Further, they analyzed global methylome changes after treatment of HGSOC PDXs with clinically used DNA demethylating agent decitabine (DAC) and cisplatin, as platinum-containing chemotherapy which is regarded as standard care in first-line treatment of HGSOC. Treatment of PDXs with decitabine caused a reduction in methylation in 10.6% of CpG sites in comparison to untreated PDXs. Unlike to DAC treatment, cisplatin treatment had a marginal effect on the PDX methylome.  To gain more insight of DAC-induced DNA methylation changes, they performed biological pathway analysis of decitabine-treated PDX tumors. This analysis revealed several putative epigenetically regulated pathways (e.g. Src family kinase pathway). Particularly, C-terminal Src kinase (CSK) gene was successfully validated for its epigenetic regulation in different PDX models and various ovarian cancer cell lines. Taking advantage of publicly available patient epigenomic datasets, Tomar and colleagues showed that low CSK methylation and high CSK expression are both highly associated with improved progression-free survival and overall survival in HGSOC patients.

Conclusively, HGSOC PDXs resemble the global epigenome of patients over many generations of propagation and can be modulated by epigenetic drugs. Novel epigenetically regulated genes such as CSK and related pathways were identified in HGSOC. Furthermore, the findings of this study corroborate with other epigenomic studies on PDX models of various other cancer types like colon, lung, head & neck and osetosarcome, where they also showed epigenomic stability of this clinically relevant PDX mode. Hence, this study further encourages future application of PDXs for cancer epigenome studies. 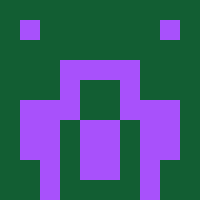