It is well known that most of the mammalian genome is transcribed, producing large amounts of non-coding RNAs (ncRNAs). The two main types of ncRNA are micro RNAs (miRNAs) and long non-coding RNAs (lncRNAs). MiRNAs are a recently discovered and well-characterized class of ncRNAs that are frequently dysregulated in different cancer and cancer subtypes. In contrast, the molecular basis of the functions of many lncRNAs is just emerging. However, substantial evidence indicates that lncRNAs play intricate roles in the regulation of a wide variety of biological processes. Although many studies have demonstrated the dysregulation of ncRNA expression in various types of cancer, the epigenetic regulation of ncRNAs remains poorly understood in different cancers and cancer subtypes.

Here, building on the results of our recent studies, we carried out a series of integrative analyses to compare the alterations in six types of histone modifications (H3K4me1, H3K4me3, H3K27ac, H3K36me3, H3K9me3 and H3K27me3) and DNA methylation in the promoters of miRNAs and lncRNAs between two cell lines representing different breast cancer subtypes (luminal and basal). Widespread epigenetic alterations of miRNAs and lncRNAs were observed in the two subtypes.

In contrast to protein-coding genes, the majority of epigenetically dysregulated ncRNAs were shared between breast cancer subtypes, but a subset of transcriptomic and corresponding epigenetic changes were occurred in a subtype-specific manner. In addition, our results suggest that various types of epigenetic modifications might synergistically modulate the transcription of ncRNAs. Our observations further highlight the complementary dysregulation of epi-modifications, particularly of miRNA members within the same family, which produce the same directed alterations as a result of diverse epi-modification alterations. Functional enrichment analysis also revealed that epigenetically dysregulated ncRNAs were significantly involvarious types of epi-modifications might synergistically modulate the transcription of ncRNAsved in several hallmarks of cancers. Finally, our integrative analysis of epigenetic modification-mediated miRNA regulatory networks revealed that cancer progression was associated with specific miRNA-gene modules in two subtypes. 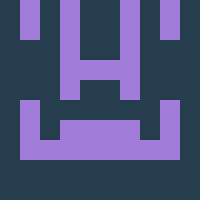