DNA methylation and hydroxymethylation in the aging brain – Not less, but where

Changes in DNA methylation have long been an area of interest for neurobiology of aging researchers.  With the recent reports of ‘aging’ DNA methylation clocks1,2 and the discovery of roles for methylation3 and hydroxymethylation4 in memory formation5 there is a heightened interest in examining changes in DNA modifications with aging in the brain.  While it is often stated that there is genomic hypomethylation with aging as a consequence of decreased DNMT expression, the primary literature presents a wide range of findings with increases, decreases, and no changes in levels of methylation, hydroxymethylation, DNMTs and TETs. Furthermore, the existing literature on brain aging is missing studies that examine both males and females.

In a recent report Hadad and colleagues examined the gene expression of DNMTs and TETs in the hippocampus of multiple cohorts of young (3 month), adult (12 month) and old (24 month) male and female C57Bl6 mice and found no changes with age in any of these enzymes.  Furthermore they found that a putative regulator of age-related changes in methylation, DNMT3a2, is not expressed at physiologically relevant levels after early development.  Continuing with these analyses they examine whole genome levels of methylation and hydroxymethylation in both CG and non-CG contexts with oxidative bisulfite sequencing.  Again, no changes in total methylation and hydroxymethylation levels with aging were evident. As previous reports of genomic hypomethylation or changes in total hydroxymethylation have relied on ELISA and immunohistochemistry approaches these results which truly measure whole genome levels may resolve the controversies in the literature.

While these results contradict the very appealing and simple hypothesis that DNA modification enzymes and subsequently DNA modifications are changed in a bulk fashion with aging they do report that sex- and age-related differences in mC and hmC occur in specific genomic elements such CG island (CGI) shores and shelves, and in promoter regions.  As a first foray into examining both methylation and hydroxymethylation with brain aging, these studies point to the need to perform whole genome studies with base- and strand-specific quantitation in both sexes to begin to identify specific genomic loci that are differentially modified with aging. It also points to the importance of distinguishing between methylation and hydroxymethylation, as the latter influences total levels detected by bisulfite sequencing, particularly in the CNS. Clearly understanding age-related changes in methylation and hydroxymethylation is going to require extensive study to understand if the altered regulation of the genome is a driver of the aging process. 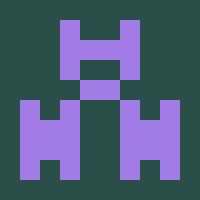