Type 1 diabetes (T1D) is a type of autoimmune disease caused by immunologic destruction of insulin-producing beta cells in the pancreas. Although the exact cause is unknown, clinical experience and preclinical studies suggest that crosstalk between beta cells and the immune system may control disease progression. An autoantigen is an endogenous and normally-produced antigen that stimulates autoantibody production, as in an autoimmune reaction. Although autoantigens are present for several years after the initial sensitisation of beta cells, Type 1 Diabetes progresses over a relatively short period of time, suggesting that changes in beta cell function may be involved. We postulate that epigenetic changes might occur in beta cells during the development of autoimmune diabetes, and that these changes might affect the function or other characteristics of beta cells.

DNA methylation is an important regulatory mechanism in pancreatic organogenesis and is involved in maintaining beta cell differentiation capacity. The ability of beta cells to produce insulin in response to glucose is acquired postnatally1 and DNA methyltransferase 3A (DNMT3A) appears to play a central role by initiating a metabolic program that enables the coupling of insulin secretion to glucose levels2. Thus, it is likely that DNA methylation is crucial for not only beta cell maturation, but also function.

We focused on DNA methylation, which is a frequently biological method of fine-tuning gene expression3. Interestingly, recent studies into the dynamics of DNA methylation have revealed that this is a reversible modification, suggesting that it may contribute to the plasticity of genomic responses to seasonal cues in natural environments 4. The contribution of epigenetic mechanisms such as DNA methylation to maintaining correct cellular function is highlighted by observations that their deregulation together with genetic alterations lead to the development of various diseases and to the establishment and progression of tumours 5.

In our study, we investigated the cellular and molecular changes in prancreatic islets and beta cells during the progression of diabetes in NOD mice. Autoimmunity is initiated in NOD mice between 3–4 weeks of age, followed by the adaptive immune responses that are responsible for killing beta cells6. We saw a decline in beta cell numbers with increased infiltration of T cells into the islets of Langerhans with ageing. We found that CpG sites within the Ins1 and Ins2 genes, which appear to be related to insulin gene transcription, undergo methylation in the prediabetic period. We also identified increased expression of specific cytokines in the islets of prediabetic NOD mice that are able to induce DNMTs and insulin gene methylation associated with the control of insulin transcription. Thus, epigenetic modifications in response to immunological stressors may represent the mechanistic link between the immune system, loss of insulin gene expression, and progression of type 1 diabetes.

Don’t forget all that dad has done for you.. and your epigenome.. this father’s day!

Genomic imprinting – new insight into the methylation patterns of humans 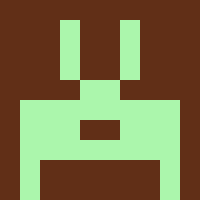