Human papillomaviruses (HPV) are a diverse group of small double-stranded DNA viruses with specific mucosal or cutaneous tropisms. It is estimated that up to 80% of sexually active individuals will become infected with HPV sometime in their lifetime, making HPV the most prevalent sexually transmitted infection. HPVs can be further divided into high- and low-risk genotypes, based on their oncogenic potential. High-risk HPVs are implicated as causal in nearly 100% of cervical cancers, approximately 25% of head and neck cancers, and an astounding 5% of all human cancers overall. HPV-associated cancers, like most cancers, take decades to develop; however, HPV-positive head and neck cancers are known to harbor far fewer oncogenic mutations than HPV-negative HNCs.1 This suggests that HPV employs different mechanisms to achieve cellular transformation via viral factors.

Genome-wide studies have revealed that HPV-associated cancers carry distinct epigenetic markers, specifically when analyzing DNA methylation patterns, when compared to HPV-negative cancers in the same anatomical location.2,3 This suggests that HPV infection modifies host gene expression, potentially instigated by a viral factor. Manipulation of host gene expression may aid the virus in achieving successful replication, immune evasion, and persistence. Interestingly, the HPV16 E7 oncoprotein has been found to directly bind and activate the DNMT1 methyltransferase, which is integral in the maintenance of the host 5-methylcytosine epigenetic marker.4 The interaction with E7 and DNMT1 may therefore provide a potential mechanism of HPV-directed changes to the host epigenome.

We next asked what physiological effect repression of CXCL14 would have on cancer development in an in vivo syngeneic mouse model. To answer this, we generated HPV-positive mouse oropharyngeal epithelial (MOE/E6E7) cells, which maintain epigenetically repressed murine Cxcl14 expression. We next restored Cxcl14 expression by lentiviral transduction and clonal selection. These HPV-positive MOE/E6E7 cells re-expressing Cxcl14 were injected into immune competent C57BL/6 mice and tumor growth was monitored. We found that about 50% of mice injected with HPV-positive cells re-expressing physiological levels of Cxcl14 remained tumor free out to 120 days, compared to mice injected with control HPV-positive MOE/E6E7 cells (expressing very little Cxcl14) which all quickly succumbed to tumor burden. Interestingly, in Rag1-/- mice, which are deficient in functional T and B cell expression, tumor growth from MOE/E6E7 cells re-expressing Cxcl14 was delayed, but all mice eventually succumbed to tumor burden. This suggests that an adaptive immune response is critical for CXCL14-mediated tumor clearance. Finally, we observed an influx in CD4+ T, CD8+ T, and natural killer (NK) cell infiltrates into tumor-draining lymph nodes (TDLN) of mice re-expressing physiological levels of Cxcl14. This suggests that HPV may repress CXCL14 expression as an immune evasion strategy, which carries significant consequences downstream in terms of cancer progression.

Other investigators have shown that a major risk factor for HPV-associated cancer is prolonged HPV oncoprotein expression and viral persistence, but the specific mechanisms of this action remain poorly understood.5 HPV-directed DNA methylation as a mechanism to modify host gene expression is one such possible mechanism. Our work shows that the E7 oncoprotein is necessary and sufficient for promoter hypermethylation and downregulation of the CXCL14 chemokine. We show that stable short-term expression (~3-5 passages) of E7 is sufficient to repress CXCL14 transcription in keratinocytes by about 25%. Additionally, our cell culture model for cervical cancer progression shows a gradual increase in methylation at the CXCL14 promoter over the course of disease progression, corresponding with almost complete repression of CXCL14 transcription. These data lead us to the hypothesis that E7-directed promoter methylation occurs gradually while HPV persists and disease progresses. Further supporting this hypothesis we show, from data collected from HPV-positive head and neck cancer patient samples available from The Cancer Genome Atlas (TCGA), an inverse correlation between CXCL14 promoter methylation and CXCL14 transcription. In conclusion, we show that persistent viral E7 oncoprotein expression is a critical factor necessary for repression of CXCL14 expression. This occurs through a simple epigenetic mechanism, which is an efficient strategy for HPV evasion of immune detection. 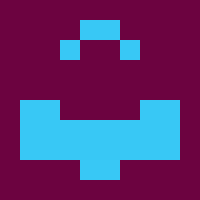