There is growing evidence that DNA methylation might contribute to obesity. Candidate gene methylation studies in animal models and humans have demonstrated methylation changes in promoters of various genes that are implicated in obesity, appetite control and/or metabolism, insulin signaling, immunity, growth and circadian clock regulation.

Severe obesity in children is defined as greater than or equal to 99th percentile of body mass index (BMI) for age and gender or a BMI z-score ≥3.5. Population surveys demonstrate a significant increase in obesity prevalence among children, where severe obesity is the most rapidly growing paediatric obesity subgroup. Compared to youth with BMI in the obese range, those with severe obesity have higher rates of immediate and long-term diseases. It stands to reason that youth with obesity and severe obesity may also differ in aetiological factors and consequences, including epigenetic.

Our team conducted an epigenome wide analysis in obese and severely obese children, compare to lean controls. After correction for cellular heterogeneity and multiple testing, 31 CpGs were differentially methylated between obese and control subjects. The aberrant DNA methylation patterns in obese individuals can be summarized as relative gains and losses of DNA methylation in CpG island shores, regions where DNA methylation is the most dynamic.

When we focused only on severely obese children, we identified 151 differentially methylated CpGs, most of them located on cancer associated regions. This is particularly interesting since early obesity is an established risk factor for many cancers in later life. Several possible mechanisms have been suggested to explain how obesity might increase the risk of some cancers, including epigenetics. This alarming association between obesity and cancer poses a significant public health risk. 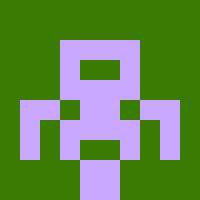