Radiotherapy is a highly efficient treatment for many cancers including breast cancer. Intraoperative radiotherapy (IORT), a relatively new type of radiation therapy, has proven successful as a curative treatment for early cancer stages. However, in spite of great improvements in dose delivery and imaging technology, unwanted exposure of healthy tissue to radiation cannot be fully avoided. The resulting late-onset toxicity due to the exposure of health tissue currently limits the usefulness of radiation in cancer therapy. Radiation-induced fibrosis is among the most common complications arising in irradiated healthy tissue. Since epigenetic mechanisms have been shown to be involved in fibrosis, our group profiled DNA methylation patterns in primary dermal fibroblasts to better understand if inherent differences in healthy fibroblasts are associated with radiation fibrosis onset.

Fibrosis is a chronic, debilitating connective tissue disorder characterized by aberrant fibroblast activation and overproduction of extracellular matrix. It leads to irreversible tissue stiffening and finally organ failure. Radiation-induced fibrosis occurs in up to 20% of individuals treated with radiotherapy and its onset and severity are largely unpredictable. Given the irreversible nature of fibrosis and the current lack of efficacious antifibrotic treatments, biomarkers that predict the susceptibility to radiation fibrosis are urgently needed. Genetic markers such as single nucleotide polymorphisms have been studied for that purpose. However, genetic features alone cannot fully explain the high incidence of fibrotic disease. This has led us to hypothesize that factors beyond genetic predisposition must be responsible for radiation fibrosis risk.

Epigenetic mechanisms involved in fibrosis include changes in DNA methylation and histone modifications, as well as three-dimensional folding of the chromatin. Such features shape the activity of gene regulatory elements like gene promoters and enhancers. Gene enhancers compute cellular responses to exogenous stimuli like ionizing radiation and aberrant signaling, and may therefore be of fundamental importance in the etiology of fibrosis.

The role of inter-individual differences among fibroblast epigenomes has not been studied in detail. Such differences could potentially predict radiation fibrosis risk and hold great promise as biomarkers for personalized radiotherapy. In order to answer the question if DNA methylation differences in healthy fibroblasts are associated with radiation fibrosis onset we carried out methylome-wide profiling of primary dermal fibroblasts. Samples were collected from a cohort of breast cancer patients undergoing IORT. Importantly, all fibroblasts were isolated from non-irradiated sites, and thus depict pre-existing epigenetic differences rather than radiation-induced changes. Methylomes from patients later developing fibrosis were compared to a fibrosis-free control cohort. With this approach we identified numerous differentially methylated regions associated with fibrosis onset and went on to investigate a site at the diacylglycerol kinase alpha (DGKA) gene in detail.

We found that decreased DNA methylation at an intragenic DGKA region of so far unknown regulatory function was associated with fibrosis onset. We subsequently characterized this region as a gene enhancer that specifically mediates expression increases of DGKA in fibroblasts exposed to ionizing radiation and other stress factors. We showed that hypomethylation at the DGKA enhancer permits binding of the profibrotic transcription factor Early Growth Response 1 (EGR1) and chromatin looping to the DGKA promoter region in patient-derived fibroblasts, revealing a novel regulatory mechanism at this gene locus. We evaluated the impact of DGKA on fibrotic features and found that its inhibition led to a marked reduction in profibrotic extracellular matrix production. Finally, we used mass spectrometry in patient fibroblast samples and found proteins co-regulated with DGKA, as well as changes in lipid signaling molecules linked to DGKA function.

Our data revealed a previously unappreciated epigenetic heterogeneity in dermal fibroblasts and highlight how epigenetic features alter transcriptional response in irradiated cells. We characterized DGKA as a novel stress-responsive gene with epigenetic deregulation linked to radiation fibrosis onset. DNA methylation at the identified DGKA enhancer may be a marker for radiation fibrosis risk and inhibition of DGKA could serve as a therapeutic target for fibrosis. 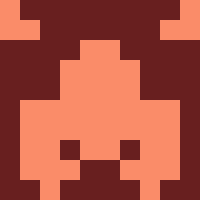