Breast cancer (BC) is the most common cancer among women and one of the leading causes of cancer-related deaths worldwide (1-3). It is a clinically heterogeneous disease, with at least 5 different subtypes (4) and quite variable prognosis, even within a subtype. In spite of early detection programmes, unfortunately 20-30% of early stage cases will eventually experience recurrence and develop distant metastasis. However, currently, there is no acceptable method for monitoring patients who are likely to progress (5). Therefore, the mechanisms responsible for BC development and progression are still to be elucidated.

Over the past decade, aberrant DNA methylation has been recognised as one of the most common molecular abnormalities in BC (6, 7). Methylation of certain genes has been related to clinical and pathological characteristics of breast tumours, and is considered a biomarker of diagnosis (8), hormone receptor (9) and HER2 (10) status, response to tamoxifen (9) and chemotherapy (11), metastases during follow-up (6), and a predictor of survival (9, 12).

The CHL1 gene encodes a member of the L1 family of neural cell adhesion molecules which has been slightly described in BC. It has been reported to be downregulated in BC tissues compared to non-cancerous breast tissues (13), but nothing is known about the causes of this silencing. Regarding the biological role of CHL1 in BC, its overexpression has been described to impair BC cell proliferation and invasion, while CHL1 depletion caused the opposite effect in vitro, and promoted tumour formation in vivo (2). Nevertheless, the clinical value of CHL1 silencing in human tissues as a potential biomarker of prognosis remains unknown. Therefore, our aim was to determine the mechanisms and clinical implications of CHL1 downregulation in BC.

Since DNA hypermethylation is one of the main mechanisms of gene silencing, we explored the methylation status of 3 CpG sites in the CHL1 gene promoter by pyrosequencing in a series of 142 breast tumours, 45 paired tumour and adjacent-to-tumour tissues, and 19 non-neoplastic breast tissues from reduction mammoplasties. Based on optimal cut-off values established by ROC curve analyses, we found that tumour tissues had significantly higher methylation levels than non-neoplastic breast samples did, while adjacent-to-tumour tissues harboured intermediate methylation levels. Interestingly, this epigenetic alteration was maintained across all BC subtypes. A similar protein expression pattern was observed by immunohistochemistry: breast tumours, with high methylation levels, displayed a lower level of CHL1 protein expression than non-neoplastic tissues, with low methylation levels. Additionally, a very strong correlation between methylation and expression was found in vitro in 4 BC cell lines and the immortalised but not neoplastic mammary HBL-100 cell line. Indeed, when these cell lines were treated with two epigenetic drugs (the demethylating agent 5-aza-2´-deoxycytidine and the histone deacetylase inhibitor Trichostatin A), the levels of CHL1 expression increased. Moreover, when CHL1 expression was silenced in the only mammary tissue-derived cell line with high CHL1 levels (the non-neoplastic HBL-100 cells), cell proliferation and migration, but not invasion, were enhanced, as measured by real-time cell analysis. Finally, using the abovementioned cut-off values of CHL1 methylation, we found that the hypermethylation of the CHL1 gene was very significantly associated with shorter progression-free survival, regardless of age and stage.

To sum up, our results show for the first time that: i) the CHL1 gene is downregulated in BC at least in part due to promoter hypermethylation; ii) this epigenetic alteration may be already present in the non-neoplastic adjacent-to-tumour tissue; and iii) that CHL1 hypermethylation is an independent prognostic biomarker in BC. Therefore, the relevance and significance of our work could rely on examining the methylation status of the CHL1 gene in a BC patient in order to predict if she will eventually relapse, and thus, she could be more strictly followed-up and benefit from therapy as soon as possible. 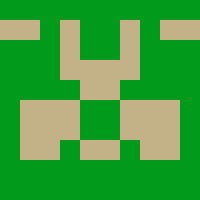