As an organism ages, cells and tissues differentiate and change. These changes can include accumulation of DNA mutations, alterations to telomeres, decay of cellular and tissue structures, and changes in gene expression. Both differentiation of tissues and age effects are at least partially caused by epigenetic modifications of the genome, including DNA methylation, which is mainly in the form of 5-methylcytosine in the dinucleotide CpG. Age-associated differential methylation patterns have been previously observed, with hypomethylation in regions mostly outside of CpG islands (CGIs) and hypermethylation within CGIs. These results suggested that there may be an epigenetic clock inside our body to accurately track age. Recently, Steven Horvath of University of California Los Angeles reported development of an epigenetic predictor of age that can determine an individual’s so-called DNA methylation age, which was usually accurate to within <5 years compared to the actual chronological age.

Horvath created the epigenetic age predictor utilizing an unprecedented collection of 8000 samples from 82 publicly available DNA methylation array datasets, consisting of 51 healthy tissues and cell types. The predictor is not tissue-specific and can estimate DNA methylation age of most tissues and cell types. In this study, Horvath used 39 of the datasets to create a training set which represented a wide spectrum of tissues and cell types and had a mean age (43 years) similar to that of the validation set of 32 datasets. The training data were pre-processed and normalized, retaining 21,369 CpGs for further analysis that a) were present on both the 27K and 450K platforms and b) had fewer than 10 missing values. A panel of 353 “clock” CpGs was selected by using statistical analyses for prediction of DNA methylation age. The performance of the age predictor was remarkably accurate, with an age correlation coefficient of 0.97, and error rate of 2.9 years in the training set and a correlation coefficient of 0.96, and error rate of 3.6 years in the validation set. The 353 clock CpGs are located in genes significantly enriched for cell death/survival, cellular growth/proliferation, organismal/tissue development, and cancer. Of these sites, methylation at 193 and 160 CpGs positively and negatively correlated with increasing age, respectively. The age-related change in methylation (beta value) was generally very small (the average absolute difference in DNA methylation levels across the 353 CpGs was only 0.032 between subjects <35 years old and >55 years old). The rate of change, or the ticking rate of the epigenetic clock, was observed to be high before adulthood and slows down to a constant linear rate after adulthood. Horvath proposed that the DNA methylation age measures the cumulative work done by an epigenetic maintenance system. Using the epigenetic age predictor developed by Horvath and real methylation data, the bioinformatics team at Zymo Research created the above figure, which shows the high correlation between the predicted DNA methylation age and the actual chronological age of healthy subjects.

Horvath’s study additionally demonstrated that the DNA methylation age is a highly heritable measure of age acceleration, is close to zero for embryonic (ES) and induced pluripotent stem (iPS) cells, correlates with the number of passages for ES and iPS cells, and is also applicable in chimpanzee tissues. Determining the DNA methylation age should be useful for studies in development, cancer, aging and forensics. For example, the predicted age of a criminal suspect can be estimated by analyzing DNA methylation patterns in biological traces left at a crime scene. In the future, DNA methylation age could be used to assess an individual’s risk for one or more age-related diseases, and intervention and treatment could be tailored based on his or her biological DNA methylation age instead of the actual chronological age. Since methylation is usually reversible, it may be possible to purposely biochemically modify your age-related CpGs and reset the epigenetic clock in your body back to more youthful levels. Do you believe that there is an epigenetic clock in our body to track age? What do you think of the idea of intentionally rewinding our DNA methylation age clock and staying forever young? 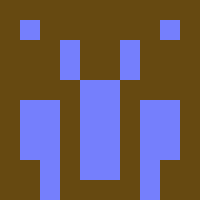