Transgenerational epigenetic inheritance (TEI) is a relatively recent concept that has a major role in biological processes. Although we are just starting to understand the role of TEI in human health, the implications seem enormous. Our recent article in Clinical Epigenetics summarizes evidence in animal models showing transgenerational phenotypes that match human diseases of increasing incidence. These include conditions such as obesity, polycystic ovary, or fertility impairments. We place this evidence in the current global context, in which human exposure to new contaminating agents is unprecedented. Our view is that many of the diseases that are ramping in human populations might be related to the exposure of our ancestors to contamination. Moreover, projecting this thinking to the future, we suspect that the current levels of contamination will affect future generations.

A well-known example of a massive human exposure that caused detrimental effects across generation boundaries is the case of diethylstilbestrol. This compound was widely used in the USA, Europe, Australia, and New Zealand between the 1940’s and 1970’s. It was prescribed for several uses, including prevention of miscarriages, emergency contraceptive, and treatment of prostate cancer. Studies that focused on the descendants of those exposed in utero to diethylstilbestrol showed increases in the incidence of numerous reproductive abnormalities and tumors. It is estimated that between 5 and 10 million women were exposed to this compound in the USA only. Now, reports in animal models show that compounds of widespread use by humans, such as plastics, pesticides, or fungicides, could generate a similar phenomenon, depending on the dosage of the exposure.

The way this transgenerational transmission is occurring is through epigenetic mechanisms. Environmental disturbances during early development, when the male and female germ lines are being formed, will alter epigenetic marks in these cells. This environmentally-induced epigenetic alteration can then be transmitted to future generations through reproduction, and influence the phenotype of the descendants.

More research on TEI is needed, particularly in humans, as well as a focus of regulating agencies on epigenetics and on the dangers generated by developmental exposures to environmental toxicants. It is important to have in mind that detrimental environmental exposures come from many sources, including common food products. Together with regulation of substances we should change our practices, as a society, to demand and produce better food from either plant or meat sources. These actions now will strongly influence the health of our future generations. 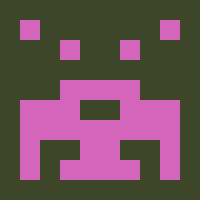