Reviewing the Roles of Long noncoding RNAs in Epigenetic Processes

Although RNA has traditionally been thought to act primarily as an intermediate between DNA and protein in the central dogma of molecular biology, these important molecules have received more attention in the last few years for their ability to carry out a wide variety of biological processes, including epigenetic regulation of gene expression.  Recent studies suggest that nearly all of the mammalian genome is transcribed, and since most of the RNA does not have protein-coding potential, these noncoding RNAs likely have previously unknown functions.  Long noncoding RNAs (lncRNAs) have been known to exist since the early 1990s and to have crucial roles in genomic imprinting and X-chromosome inactivation. Since then, numerous studies have suggested that there are several classes of lncRNAs and that they can act in number of different ways.  Dr. Jeannie Lee, an internationally recognized expert in the field of lncRNAs, has highlighted some important examples of how lncRNAs participate in X-chromosome inactivation and other key cellular processes and has nicely summarized the current understanding of the field in a recent review article that she wrote for Science.

In this review, Dr. Lee describes several examples by which lncRNAs can regulate gene expression by epigenetic mechanisms. For example, she discusses one of the first lncRNA to be discovered, the X-inactive-specific transcript (Xist), and describes its crucial role in inactivating one of the two X chromosomes in women.  The Xist RNA carries out its function by targeting the epigenetic complex known as Polycomb Repressive Complex 2 (PRC2) and guiding it to the X-inactivation center of the X chromosome that will become inactivated.  PRC2 then trimethylates histone H3 at Lysine 27, resulting in gene silencing and X chromosome dosage compensation between men and women.  Several other lncRNAs seem to also function by interacting with epigenetic modifying protein complexes like PRC2 and directing them to their sites of activity.  Interestingly, the expression of Xist itself is regulated by other lncRNA molecules.

To dig a little deeper into the topic of lncRNAs, we contacted the author to ask her a few questions about the review, and she was very helpful in answering our questions.  According to Dr. Lee, no unifying principles currently exist to define and distinguish lncRNAs from protein-coding RNAs, other than their lack of protein-coding potential. Instead, she points out that “different types of lncRNAs might be categorized by whether they act in cis or in trans, whether they have activating or repressive effects on gene expression, and their specific protein-binding partners (such as components of Polycomb Repressive Complex)”.  In order to really extend current ncRNA research, the author would like to see the development of necessary genetic assays (such as knockouts instead of just knockdowns) as well as biochemical assays to probe functions of lncRNAs. These rigorous experimental strategies will be critically important for the future of lncRNA research since other than X-linked and imprinted lncRNAs, very few of them are identified to have clear function. Dr. Lee points out that this is exemplified by the fact that “even the very abundant noncoding transcripts like NEAT1 and MALAT1 produce normal viable mice when deleted!”.

While the roles of most lncRNAs remain unclear, several lncRNAs are known to be dysregulated in certain types of cancers and developmental disorders.  These lncRNAs can act to inhibit expression of “good genes” such as tumor suppressors by targeting epigenetic silencing factors like PRC2. Dr. Jeannie Lee recently founded a company called RaNA Therapeutics to explore the possibility of inhibiting the activity of disease-associated lncRNAs using a proprietary oligonucleotide-based therapy.  The preliminary results are quite promising, and suggest that lncRNAs could be important therapeutic targets for multiple human diseases.

It is clear that proteins alone cannot explain many complex phenotypes, especially those with epigenetic components, so perhaps lncRNAs are the missing link.  The future of lncRNAs is bright and one day they will likely be perceived to play roles as important and integral to biology as proteins and small RNAs.  The field of noncoding RNA research is still in its infancy, and while we have learned a great deal already, there is almost certainly more remaining to be learned than we can possibly imagine.

Epigenetics for All! New Tools Available for Genome-Wide Epigenetic Analysis 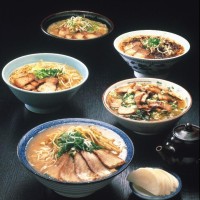 Steve grew up in Southern California where he also attended college and received his degree in Biochemistry. He enjoys pretty much any outdoor activities one can think of such as playing soccer, snowboarding and traveling. His future plan is to attend medical school and eventually obtain his M.D. degree.