Endocrine Disrupting Chemicals (EDCs) are molecules that are able to interact with the endocrine system of different species, including humans,  leading to hormonal dysregulation and potentially be involved in the occurrence of diseases that are increasing in prevalence such as cancer, childhood obesity, fertility problems and neurobehavioral abnormalities (Diamanti-Kandarakis et al. 2009). These chemicals are of special concern if exposure occurs during susceptible developmental windows to the effects of hormones like the prenatal period (Zoeller et al. 2012).

Xenoestrogens are a group of EDCs that interfere with the estrogenic signaling pathways, and include a large number of molecules present in pesticides, in the manufacture of materials, and goods like resins, textiles, plastics, cosmetics, flame retardants or insulators among other uses. They are ubiquitously present in the environment in complex mixtures and can cross the placental barrier from the maternal side due to their small size and often lipophilic properties. As a result of prenatal exposure to xenoestrogenic chemicals, the placental epigenome may be deregulated, leading to changes in placental gene regulation and/or increased genomic instability, with putative adverse effects on fetal development and health.

In the present study we measured in 182 placenta samples from the prospective cohort study INMA (95 boys and 97 girls) the Total Effective Xenoestrogenic Burden (TEXB-alpha), a biomarker evaluating the total estrogenicity due to exogenous lipophilic xenoestrogens (excluding the lipophilic endogenous steroid hormones) found in placenta (Lopez-Espinosa et al. 2009). In addition, global DNA methylation in the same tissue was assessed by bisulfite pyrosequencing of ten different types of DNA sequences called retrotransposons (3 LINEs, 3 Alus and 3 HERV). These are highly repetitive DNA sequences that account for up to half of the entire human genome and have been used as a proxy to study genomic global DNA methylation (Klose and Bird 2006; Wilhelm et al. 2010). Several retrotransposons, also known as “jumping elements” have the ability to propagate themselves through RNA-mediated mechanisms and may produce insertional mutations or deregulate gene expression (Romanish et al. 2010; Wolff et al. 2010). Hypomethylation of retrotransposons has been attributed to increased genomic instability and has been commonly observed in complex disorders such as cancer (Ehrlich 2009).

We found that higher levels of placental TEXB-alpha exposure where associated with a significant 0.84% decrease in the methylation levels of an Alu element (AluYb8) only in boys, while no effects were observed in girls. Although statistically non-significant after multiple testing correction, a trend towards hypomethylation was also observed in two LINE elements (L1PA2 and L1Ta) also only in boys.

Our results suggest that early xenoestrogen exposure may lead to sex-specific epigenomic deregulation in placenta so that males present increased vulnerability. However, more research is needed in order to quantify the biological impact of small deviations in DNA methylation and its role in later health outcomes. Studies on EDCs should take into account sex as an important effect modifier in relation to hormonal-related exposures.

Lasting impressions: an epigenetic imprint of past viral infection 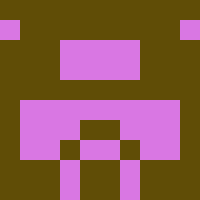