Plastics and the Epigenome

In recent years, there has been growing concern regarding the negative effects of compounds found in plastic products. BPA, the most widely publicized, is only one of many compounds, known to be endocrine disruptors, which are used in plastics. Exposure to endocrine disrupting chemicals has been linked to many diseases in adults such as cancer, immune diseases, as well as abnormalities in male reproductive organs.  During development however, embryos are especially susceptible to the adverse effects of these compounds.

A recent study by Martinez–Arguelles & Papadopoulos investigated how in utero exposure to di-(2-ethylhexyl) phthalate (DEHP), a ubiquitous plasticizer and a known endocrine disruptor, influences health during adulthood. In the study, pregnant rats were fed the compound daily from gestational day 14 until birth of offspring. At postnatal day 60 the adrenal glands of male offspring were collected and analyzed. The group found that although DEHP is cleared from the body within 72 hours, adult rats suffered effects long after being exposed – specifically, adult males had reduced levels of testosterone and aldosterone. Because of this, the researchers hypothesized that DEHP might be causing changes in the epigenome. The group looked at DNA methylation changes in the adrenal glands of the animals exposed to DEHP in utero using reduced representation bisulfate sequencing (RRBS).RNA was also extracted from the adrenal glands and used to evaluate the levels of gene expression.

Using DAVID, a bioinformatic pathway analysis software, they concluded that the endocytosis, MAPK signaling, and gap junction pathway genes were also associated with differentially methylated CpGs. Furthermore, they tested a range of environmentally relevant DEHP doses influenced methylation status of specific CpGs. They conclude that typical amounts of DEHP present in the common plastics are able to affect a significant number of regions in the epigenome! Considering this, exposure to DEHP and other endocrine disrupting compounds found in plastics has become a very important public health issue. Although plastics have become a staple in everyday life, we may want to think twice before refilling our “BPA-free” water bottle or microwaving our lunch in plastic Tupperware!

Of Mice and Men: The Evolution of Cis-Regulatory Elements 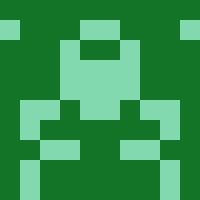