Maternal aging has been shown to cause infertility, pregnancy complications, spontaneous abortion, congenital anomalies, and perinatal complications. However, the impact of paternal ageing on semen quality and reproductive function has still been controversial. To address this, Drs. Sharma, Professor Agarwal and their co-authors have extensively reviewed this conflict in an article titled “Effects of increased paternal age on sperm quality, reproductive outcome and associated epigenetic risks to offspring” which has been published in Reproductive Biology and Endocrinology journal.

This interesting article highlighted that several studies have demonstrated the effects of increasing paternal age on various molecular mechanisms such as DNA mutations, chromosomal aberrations and epigenetic patterns. This molecular aging process was shown to induce changes in reproductive hormones’ profiles, decrease sperm quality parameters and contribute to male infertility. These alterations have been shown to be also responsible for various types of congenital disorders and pregnancy outcomes such as spontaneous abortions and preterm births. Furthermore, the study showed that increased Leukocyte Telomere Length (LTL) is associated with reduced risk of atherosclerosis and hence, increased survival. Since increased paternal age increases LTL, it is a possibility that offspring of relatively old fathers have reduced risk of atherosclerosis and increased survival. Consequently, increased LTL can also increase the risk of breast cancer in daughters of old fathers since it has been reported that there is a correlation between increased LTL and increased breast cancer risk.

The study concluded that increasing paternal age could lead to increase in the incidence of different types of disorders like autism, schizophrenia, bipolar disorders, and childhood leukemia in the progeny. The review highlighted that in a cohort study comprising of 754,330 Swedish subjects, it was reported that with every 10 year increase in paternal age at the time of conception, the risk of an offspring having schizophrenia increased by 1.47 times. Interestingly, offspring with younger fathers (30 years) had higher risks of schizophrenia compared to reference paternal age of 25–29 years. In addition to schizophrenia, the review showed that other specific conditions ranging from autosomal disorders such as Achondroplasia and Apert Syndrome to various congenital anomalies like Klinefelter syndrome have been associated with increasing paternal age. It is thereby essential to educate the infertile couples on the disturbing links between increased paternal age and rising disorders in their offspring, to better counsel them during their reproductive years. 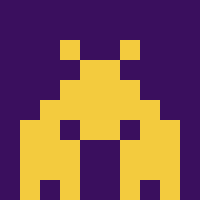