The mitochondria, often referred to as the “power-house” of the cell, provide a platform for energy production through glucose metabolism. As a bi-product of this, they also are the major producer of reactive oxidative species. Mitochondria also play other important physiological roles, such as calcium homeostasis and aid in the regulation of cell death through apoptosis4. With this plethora of vital roles, it is inevitable that mitochondrial dysfunction occurs in a number of complex diseases.

The mitochondria are a unique organelle, containing their own genome. Unlike nuclear DNA, the mitochondrial genome(mtDNA) can have 2-10 copies per mitochondria. This mtDNA consists of 37 genes – 13 of which encode for proteins that form parts of complexes in the electron transport chain, suggesting that alterations in mitochondrial gene expression may have significant adverse effects on the human body. Recently, due to growing interest in identifying novel epigenetic mechanisms in complex diseases, studies are now turning to investigate the role that mitochondrial epigenetics may play in disorders characterised by mitochondrial dysfunction.

The occurrence of mitochondrial methylation was first reported in the 1970s. However, due to a lack of replication of findings in subsequent studies, the field has largely been ignored for the last four decades2. However, a recent paper has shown that mitochondrial methylation occurs in a variety of mammalian cultured cell types3. This study not only definitively showed the presence of 5-methylcytosine (5-mC) but also that of 5-hydroxymethylcytosine (5-hmC) in mammalian mitochondria. This study also found an isoform of DNA methyltransferase 1 (mtDNMT1) that selectively targets the mitochondria. The localisation of mtDNMT1 in the mitochondria also indicates that active mitochondrial methylation occurs in a range of cell lines and interestingly, the binding of this isoform to the mitochondrial D-Loop, and areas associated with mtDNA transcription and replication, suggests that mtDNMT1 may have an active role in regulating mitochondrial biogenesis. Finally, the study also showed that mtDNMT1 expression is increased in response to hypoxia-induced oxidative stress, leading to changes in a number of nuclear-encoded mitochondrial genes. This indicates that although mtDNMT1 has the potential to play important physiological roles by maintaining mitochondrial function, under oxidative stress, (which occurs in a number of diseases), increased mtDNMT1 could lead to gene-specific changes in mtDNA methylation and potentially lead to mitochondrial dysfunction.

Importantly, these studies1,3  have made way for those who have suggested that mtDNA methylation may not only be important in physiology, but also that its dysregulation may result in mitochondrial dysfunction (for example in Amyotrophic Lateral Sclerosis, a complex neurodegenerative disease5). As such, studies investigating mitochondrial methylation are on the rise in recent years and the field has started to take shape.

An incursion into the epigenetic landscape of our ancestors 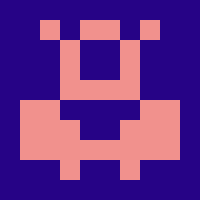