In a previous work, we have characterized a randomly selected population of adult human cardiac stromal cells (CStC) in comparison with bone marrow stromal cells (BMStC): cells were derived from the same patient, in order to avoid possible confounders like age, sex, genetic background, pathologic conditions, and drugs. Our results showed that these two cell populations had a similar mesenchymal phenotype, e.g. they were positive for antigens such as CD105, CD44, CD73, and CD29 and for fibroblast markers like vimentin and human fibroblast surface antigen. They both also exhibited the ability to differentiate into more specialized cell types, such as adipocytes and endothelial cells1. These properties actually belong to stromal cells isolated from virtually every tissue2. Skin fibroblasts, for example, can acquire characteristics of osteocytes and adipocytes3. Despite these similarities, there are evidences suggesting that stromal cells retain a memory of their origin tissue2. We too have provided evidence that CStC are more sensitive to vasculogenic and cardiogenic than adipogenic or osteogenic signals and reveal higher competence than BMStC in myocardial infarction repair1. Nevertheless, the mechanisms accounting for the distinct biological properties of CStC and BMStC are far from being understood.

MicroRNAs (miRs) are part of the molecular network responsible for cell identity regulation and are involved in pluripotency maintenance, self-renewal and differentiation. In our recent publication4, we tested the hypothesis that different miRs subsets are associated with either (1) stromal cell tissue of origin, or (2) differentiation processes, or (3) cell-specific differentiation fate. We performed miR expression profiling on syngeneic CStC vs. BMStC obtained from 4 donors and cultured either in standard growth medium or exposed to adipogenic (AM), osteogenic (OM), cardiomyogenic (CM) and endothelial (EM) differentiation media.

Further, we identified miR subsets specifically modulated by each differentiation medium, independently of the cell type of origin. Among them, a group of 7 miRs (i.e. miR-7-5p, 15b-5p, 18a-5p, 20a-5p, 31-5p, 155-5p, and 629-3p) was down-regulated by all media with respect to growth medium, thus possibly including key common players in the differentiation ability of stromal cells.

Our results clearly indicate that miR modulation during differentiation depends not only on the nature of stimulus, but also on the epigenetic background of the cell population of interest. Differentiation capacity appears most likely regulated by a complex competitive miR network. The evidence of cell-specific miR subsets, whose expression is not altered by differentiation treatments, supports the idea that the molecular networks responsible for setting the identity of adult cells can be stronger than environmental factors. This might impose some limitations to the concept of adult cells transdifferentiation and potentially lead to the recognition that a careful cell choice is necessary in the context of regenerative medicine. In this light, our evidences strongly suggest that reaching the goal of fully overcoming lineage boundaries should be based necessarily on the knowledge of the main molecular determinants of the cell type at both the starting point and the arrival of the process.

Plastics and the Epigenome 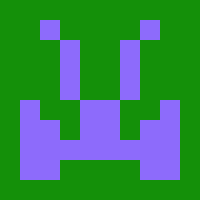