Autism spectrum disorder (autism for short) describes a heterogeneous set of conditions characterized by problems with social communication, social interaction and repetitive or restrictive behaviors. It effects approximately one in a hundred people and is four times more common in males than females, although it has been suggested that girls may “hide” their symptoms more than boys. We do not know what causes autism, but we do know that brain development is different when compared to those without autism, known as ‘neurotypicals’. Recent reports have led us to believe that autism is a genetic disorder, with a heritability of 40-80%. But there is more to life than genetic sequence. We are physiological beings; our genetic instruments are played at different tempos in different individuals and are likely contributing to our individual differences in health and well-being. Our best guess is that genetic sequence accounts for, on average, just over three quarters of each individual’s autism. My team studies the epigenetic factors that play regulate our genes. Epigenetic marks are essential for making each tissue in our body different, despite having identical genes. Epigenetics can often be influenced by environment. As they are often sidelined by genetic researchers, we chose to review what we know about the epigenetic of autism. We first chose to briefly review the hundreds of genes whose sequences have been linked with autism. Luckily, the Simons Foundation had done this for us. They had even ranked the genes based on accumulated evidence. Interestingly, of the sixteen genes that are most strongly associated with autism, half code for proteins that act as epigenetic modifiers. Others act in pathways associated with early brain development, synaptic function and in mitochondrial function. We next asked what is known about the physiology of people with autism. Among other things, it turns out that their immune systems are more easily disrupted than those in neurotypicals. They are more likely to experience inflammation, both in the blood and the brain, and this may explain why immune suppressants have sometimes been shown to reduce autistic symptoms temporarily. Other disrupted pathways include oxidative stress, mitochondrial function and intestinal dysbiosis. Moving back one step in the ‘production line’, we looked for studies that had measured gene activity in people with autism. Those genes most frequently over- or under-expressed in autism were associated with brain development and function, and again, with immune state in the blood and brain. Other disrupted pathways included neurodevelopment, synaptic function and steroid metabolism.

Finally, we focused most of our attention on the epigenetic mark of DNA methylation. A few researchers had taken a guess at which genes were epigenetically dysregulated in autism. Looking mostly in the brain, they found five such genes: the oxytocin receptor (OXTR), glutamate decarboxylase 1 (GAD1), engrailed-2 (EN2), reelin (RELN) and Methyl CpG binding protein 2 (MECP2). The clearest evidence was for OXTR, for which two studies showed differences in the blood and brain of those with autism compared with neurotypicals. Oxytocin, often referred to as the ‘love hormone’, regulates many of the behaviours associated with autism, so this is a plausible candidate for causing some of its characteristic features. However, with almost twenty thousand genes in the genome, the quickest way to find genes is to look everywhere in our genomes, and current technology is advanced enough to do this. This is where we went next. However, one of the problems with this approach is that different researchers use different technologies to search for epigenetic changes to genes, which meant that comparing studies can be difficult. But surely, any gene identified by two independent genome-wide studies must be worthy of more attention? So we carefully read through three genome-wide epigenetic studies of the brain, three of blood and one of cheek cells. Again, you can see that researchers look in different places for clues about the causes of autism. Yet again, genes involved in brain development and the immune system floated to the top. As for specific genes, four emerged for which two independent studies showed a disruption to the epigenetic musicians that played them: theproline-richtransmembraneprotein1 (PRRT1), zinc finger protein 57 (ZFP57), tetraspanin32 (TSPAN32) and the olfactory receptor gene OR2l13. None had been indicated previously as strong autism candidates, which may be a surprise to some. For two, PRRT1 and TSPAN32, very little is known about what they do in the body. The other two are known but not previously associated with autism. The first of these, OR2L13, is likely to play a role in the sense of smell. A common feature of autism is a lower sensory threshold – senses, including smelling, working overtime. The second gene, ZPF57, codes for an epigenetic regulator required for early development and has been shown to be affected in immune cells in children whose mothers had low levels of folate during pregnancy. Interestingly, low folate levels have been linked with autism risk in a small number of studies.

So, what does all this information tell us? Firstly, as Aristotle said many years ago “One swallow does not a summer make, nor one fine day”, which means that we need to gather a lot more evidence that epigenetic changes in such genes are truly associated with autism. Then of course such changes could result from autism rather than cause autism, an idea that also needs testing. Other problems includes small sample numbers and effect sizes; heterogeneity of platforms and analysis methods also hampered adequate comparisons. However, researchers can now start giving attention to the above candidate genes and to the physiological processes such as inflammation that have not been identified in purely genetic studies. Should we be thinking of ways to minimize inflammation during pregnancy to lower the risk of autism? Should we be focusing on raising our children in low inflammatory environments? There is currently not enough evidence available for us to answer these questions and clearly, more research is needed. Research is likely to lead to the development of tests at birth, which may be able to help (i) predict the likelihood of a child developing autism, and ultimately (ii) develop better informed treatments and (iii) alleviate some of the symptoms of some of the most distressing cases of autism. Interventions that lessen the symptoms of autism are currently being trialled. And to link prediction with treatment would be a great outcome, although as this can be a sensitive area for some in the autism community, we must progress by engagement.

With many thanks to my co-authors Tony Hannan and Jane Loke and to Jeanette Purkis and Dennis Crowley for helpful advice and proofreading.

The Epigenetics of Immunodeficiency 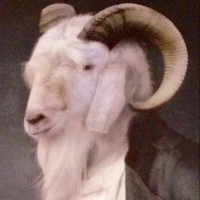