Removing the breaks on DNA methylation increases “rough and tumble” play behavior: the role of Gadd45b, a demethylase, in social development

Autism, schizophrenia, and ADHD are characterized by the inappropriate manifestation of social behavior, with symptoms typically arising in childhood. Understanding what biological mechanisms put the brain at greater risk for social deficits is necessary to effectively develop better intervention strategies.

It has become increasingly clear that adverse interactions between environmental and genetic factors lead to aberrant, often deleterious1, programming of the epigenome. Recent interest in the proteins responsible for removing epigenetic marks on DNA has grown considerably—especially in the brain, where rapid changes in gene expression must occur to ensure normal functioning.2

Abnormalities in an area of the brain known as the amygdala—known for its critical role in social and emotional development3 — have been observed in a variety of neurodevelopmental disorders, including autism and schizophrenia4, indicating this brain structure may yield useful insight into the emergence of social irregularities.

Our recent work set out to explore how the putative DNA demethylase Gadd45b influences social behavior during development in a rodent model. To do so we locally infused Gadd45b-targeting siRNA into the male amygdala on the day of birth and for two days thereafter. Animals were then left undisturbed until the juvenile period, approximately three weeks later when social behaviors begin to emerge. We observed a dramatic increase in the incidence of “rough and tumble” play behavior, a highly rewarding social stimulus that is widely conserved across species, including humans.5 When we examined the amygdala for altered gene expression, we found mRNA changes in a number of genes that have previously been implicated in psychiatric disorders, e.g. MeCP2, Reelin, and BDNF. We also found changes in the expression of pro-inflammatory cytokines IL-6 and IL-1beta that imply neuroimmune homeostasis depends in part on normal expression of Gadd45b.

Given the high drive to engage in play observed in these animals, we decided to look at the α2A-adrenoceptor (Adra2a). Adra2a appears to mediate the effects of a commonly prescribed drug for ADHD, methylphenidate6 (Ritalin). We found decreased levels of mRNA expression of this receptor consistent with literature showing pharmacological Adra2a antagonism leads to increased rough and tumble play. To determine whether this effect was epigenetically programmed, we used an enzyme-based technique to examine DNA methylation of the Adra2a promoter; there was a significant increase in DNA methylation at the juvenile time point when behavior was investigated. Furthermore, in a separate set of neonatal animals used to confirm Gadd45b siRNA’s efficacy, we also found increased methylation of the Adra2a promoter, though changes in gene expression of the receptor were not observed. This suggested that Adra2a’s expression is programmed early during development, and that Gadd45b-mediated DNA demethylation is involved to achieve normal levels of play later in life.

In sum, our data support a previously unknown role for Gadd45b in the organization of social behavior by the amygdala. This appears to involve a pharmacologically relevant target in the treatment of ADHD, the α2A-adrenoceptor. Our major findings, that Gadd45b knockdown results in abnormally high levels of juvenile ‘rough and tumble’ play and decreased levels of Adra2a, are consistent with a known role for this receptor in the inhibition of play. These data indicate that Gadd45b acts within the developing amygdala to increase gene expression of factors that will “put the breaks on” atypically high levels of juvenile social play during development. Lowering Gadd45b expression results in release from these inhibitory factors via increased methylation of genes involved in social behavior.

Chewing Over Salivary Diagnostics and the Epigenome 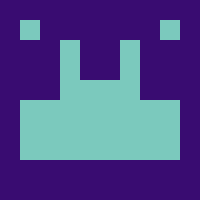