The quality of early life environment has been shown to have a long lasting impact on human health1. In humans a poor intrauterine environment has been associated with an increased risk of non-communicable diseases in later life including cardiovascular and obstructive airways diseases, obesity and type 2 diabetes2. But there is also evidence that the in utero environment can have long-term effects on a child’s later ability to learn. Experimental studies have suggested that the mechanism by which environmental cues in early life affect neurocognitive development and function is through the altered epigenetic regulation of genes. However, to date the mechanism in humans by which the environment in early life affects later neurocognitive function is poorly understood. Recent research published in the International Journal of Epidemiology provides new evidence that developmentally induced epigenetic marks in humans make a significant contribution to a child’s later ability to learn and their cognitive performance.

University of Southampton researchers led this study with teams from New Zealand and Singapore. The new research used umbilical cord tissue collected at birth and an MBD-array to identify genome wide methylation differences at birth associated with the child’s neurocognitive function. Using the Bayesian algorithm BATMAN, they identified 41 differentially methylated regions of interest (DMROI) at birth associated with child’s full-scale IQ (assessed by the Wechsler Pre-School and Primary Scale of Intelligence (WPPSI-III, UK))5 at age 4-years. The top pathway enriched amongst the DMROIs in the GO process category was diencephalon development  which is important for the integration of cognitive function3. One of the DMROI within this network was located within the promoter region of the HES1 gene, which has been shown to play a pivotal role in the differentiation of neurons within the CNS4. To validate this association, sodium bisulfite pyrosequencing was used to measure the methylation status of the 9 CpGs within the HES1 DMROI in  children from the Southampton Women’s Survey (SWS) cohort. Consistent with the findings from the MBD-array, higher HES1 DMROI methylation at birth was associated with higher full scale IQ (WPPSI-III, UK) at 4 years and with higher executive function (assessed using Cambridge Neuropsychological Test Automated Battery (CANTAB®)) at 7 years in 2 independent  groups of  SWS children. They also examined a pathway for this relationship within a Singaporean cohort and found HES1 DMROI methylation predicted differences in early infant behavior, previously been linked with a reduced school performance. Finally, they show that in vitro, methylation of this region of HES1 inhibited ETS transcription factor binding, suggesting that differential methylation may have a functional effect on HES1 expression.

This is the first time that epigenetic marks at birth have been linked with substantial effects on a child’s ability to learn. The effects on later cognitive function and behaviour in two culturally diverse populations are particularly noteworthy as they relate to healthy children within the normal range of size at birth. To date the main focus of research to identify what determines a child’s ability to learn has been on influences acting after birth. The strong links between epigenetic marks at birth and a child’s ability to learn point to a much greater influence of brain development before birth than previously recognised. The research marks an important step forward in determining biological mechanisms through which brain development is susceptible to environmental exposures.Research is now making progress in defining how the mother’s nutrition and emotional wellbeing during pregnancy can alter epigenetic processes in the baby before birth – in time this could lead to new approaches to diminish disparities in later school performance. 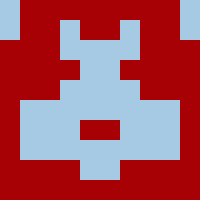