Aneuploidy is the leading cause of miscarriage, stillbirth, and congenital birth defects and occurs as a result of errors during meiotic or mitotic cell division.1  As a woman ages, the probability of an aneuploid conception significantly rises, to roughly 50% by the age of 40.2  Only a fraction of full aneuploidies, primarily trisomies, will develop past the first trimester. This is in contrast to monosomies that almost never implant or result in an ongoing pregnancy.  DNA methylation is an epigenetic mechanism involved in chromatin structure, and is responsible for proper chromosome segregation during cell division.3  Appropriate levels of DNA methylation are essential for normal cell differentiation as well as embryonic gene expression patterns required for uterine implantation and fetal development.4

Given the importance of DNA methylation and chromosome constitution to healthy fetal/embryonic development, our laboratory investigated the association between DNA methylation and chromosomal aneuploidies, focusing primarily on the DNA methylome, the molecular processes involved in establishing methylation, and downstream gene expression.
Blastocysts donated to research had specific aneuploidies representing differing implantation potentials (7, 11, 15, 21, and 22).  Trisomies 7 and 11 are most likely to result in implantation failure; trisomies 15 and 22 are able to implant however will always result in miscarriage; and trisomy 21 embryos will implant but result in either miscarriage, still birth, or live birth. Conversely, all monosomies for 7, 11, 15, 21, and 22 fail to implant.

Analysis of the blastocyst methylome for both aneuploid states compared to control blastocysts was performed and no significant differences were observed regardless of chromosome constitution.  Similarly, the methylome of each individual chromosome revealed that all trisomy blastocysts, independent of which chromosome had a third copy, were also similar to the diploid state.  Interestingly however, all monsomy blastocysts displayed a decreased methylated state in comparison to controls, specific to the missing chromosome involved in the monosomy.

In conclusion, the trisomy blastocyst displays transcriptional dosage compensatory mechanisms for the presence of an additional chromosome,5 revealing similar DNA methylation and gene expression levels compared to controls. In contrast, hypomethylation is observed on the remaining chromosome involved in the error for monosomy blastocysts, alongside altered transcription of DNA methylation processes and decreased expression of developmental genes located on the chromosome of error. The autosomal monosomy state of the whole chromosome is not well tolerated during the window of implantation, though the mechanism for this is unknown. Our study suggests that genetic instability created by DNA methylation loss along with a lack of gene expression compensation could be directly contributing to this compromised developmental and implantation potential in monosomy blastocysts, and provides an explanation for the significant disparity observed between trisomy and monosomy outcomes.

DNA methylation and hydroxymethylation in the aging brain - Not less, but where 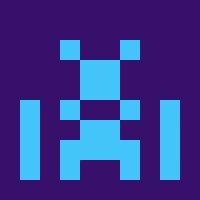