Autism Spectrum Disorder (ASD) is a neurodevelopmental disorder characterized by impairments in social interaction and communication and the presence of restricted or repetitive behaviors. Recent research advances indicate that genetics play a large role in the etiology of ASD1. The presence of de novo copy number variation (CNV), chromosomal deletions and duplications, accounts for approximately 10% of all cases of ASD3 while de novo gene disrupting mutations contributes to 35% and 45% of risk in males and females with ASD, respectively 2. Additional risk factors related to early fetal environment have been found in epidemiological research to be associated with increased rates of ASD4. Animal studies suggest that gestational infections perturb fetal brain development and result in offspring with the core features of autism5. Further, recent work with genetically defined mouse strains has demonstrated that these behavioral effects of gestational infections interact with genetic susceptibility6. The goal of this study was to explore the interaction of ASD-associated genetic events and prenatal maternal infection on the clinical presentation of ASD in a very large sample of children with ASD.

In order to examine this possible association, we capitalized on the available data from the Simons Simplex Collection, a sample of nearly 2800 families with one child with a diagnosis of ASD aged 4 to 18 years7.  Participation in the collection, conducted by 13 centers across North America, involved comprehensive phenotypic assessment, review of pregnancy and developmental history, and DNA collection.  We identified individuals exposed to maternal infection during pregnancy through review of medical history and we extracted measures of ASD severity assessed clinically through parent-reported interviews and questionnaires and measurements of cognitive and adaptive ability captured through standardized assessment. We extracted genetic information for a total of 1971 individuals in the collection who had previously undergone array comparative genomic hybridization screening to identify ASD associated CNVs8. We then grouped individuals with ASD associated CNVs (regardless of chromosomal locus or type of event (deletion or duplication) and grouped individuals who experienced significant maternal infection or fever history during pregnancy. Using analysis of variance we examined the effects of having a CNV, being exposed to maternal infection, or the combination of both on autistic symptom severity, cognitive ability, and adaptive functioning.

We found significant interactive effects between the presence of CNVs and maternal infection during pregnancy on autistic symptomatology, such that individuals with CNVs and history of maternal infection demonstrated increased rates of social communicative impairments and repetitive/restricted behaviors. In contrast, no significant interactions were found between presence of CNVs and prenatal infections on cognitive and adaptive functioning of individuals with ASD. Similar to previous findings we found a significant effect of CNV presence on cognitive ability, but not ASD severity and we found no effect of infection exposure on cognitive and adaptive functioning and a trend toward greater ASD symptomatology.

Our findings support a gene-environment interaction model of autistic impairment, such that individuals with ASD-associated CNVs are more susceptible to the effects of maternal infection and febrile episodes in pregnancy on behavioral outcomes. Our findings also suggest that these effects are specific to ASD rather than to global neurodevelopment. 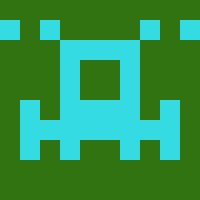