During an adaptive immune response, naive CD8 T cells differentiate into antigen-specific effector cells that release cytotoxic proteins and rapidly proliferate to kill infected cells. When the pathogen has cleared, the majority of effector cells undergo apoptosis while a selected pool becomes memory cells. The differentiation process from naive to memory cells is known to involve key transcription factors, but more recent studies suggest DNA methylation may also play a role. A recently-published article by Scharer et al. provides a deeper insight into the epigenetic regulation of the immune system by revealing genome-wide DNA methylation patterns that drive the differentiation of naive CD8 T cells into effector CD8 T cells.

To compare the DNA methylation of naive cells to effector cells, the authors isolated antigen-specific naive CD8 T cells, adoptively transferred them to chimeric mice, and infected the mice with lymphocytic choriomeningitis virus (LCMV) to promote differentiation of the naive T cells to become effector cells. Genomic DNA was isolated from both naive CD8 T cells and effector CD8 T cells and processed for methylated DNA immunoprecipitation sequencing (MeDIP-Seq). Of the numerous differentially methylated regions (DMRs) identified, over half overlapped with the promoters of genes regulating CD8 T cell function. For example, hypomethylation was observed in effector T cells at the promoters for Gzmb and Zbtb32 genes, which encode for a granzyme important for cytotoxic functions and a transcription factor found in activated lymphocytes, respectively. On the other hand, hypermethylation occurred in effector T cells at the promoter of a cytokine receptor gene, Cxcr2, and the gene body of the transcription factor Tcf7, which is responsible for lymphocyte development. Furthermore, a comparison of DNA methylation results to transcriptional changes detected by microarray analysis confirmed the inverse correlation between DNA methylation and gene expression. For example, genes associated with cell homing and migration were demethylated and expression was upregulated in effector CD8 T cells. Genes mediating the later stages of T cell function, such as those encoding inhibitory receptors to downregulate T cell cytotoxic functions and proteins to induce apoptosis, were also found to be hypomethylated and upregulated. These results demonstrate the importance of DNA methylation in regulating gene expression by silencing genes associated with naive cells and inducing genes important for effector functions.

Since previous research studying cell differentiation has shown epigenetic modifications at distal enhancers can also control gene expression, the authors analyzed putative distal enhancers (PDEs) for DMRs. PDEs were identified as regions that were enriched for H3K4me1 and H3K27ac histone modifications while lacking H3K4me3, the marker for TSS of genes. Over 36% of PDEs in effector cells gained methylation while only 8% had demethylated DMRs. Interestingly, genes found to be methylated and downregulated in the MeDIP-seq results also had enhancers with increased methylation whereas the PDEs of upregulated genes, such as Gzmb, were demethylated.  Since enhancers often contain transcription factor binding sites, the authors also looked at DMRs enriched at transcription factor binding motifs. The binding sites of developmental transcription factors were found to be hypermethylated in effector cells while those involving T cell receptor signaling and other effector functions were hypomethylated in effector cells. Interestingly, in some cases, multiple transcription factor binding motifs mapped to the same DMR, indicating these transcription factors can cooperate as modules to promote effector CD8 T cell function. Seven of the eight modules identified in demethylated DMRs share the same processes: cellular differentiation, metabolism, and cell motility. However, other functions such as leukocyte activation and proliferation were unique to a single module.

These results demonstrate the importance of DNA methylation dynamics at promoters, enhancers, and transcription factor binding sites in driving the differentiation of naive CD8 T cells to effector CD8 T cells. Overall, this study highlights the importance of epigenetic mechanisms in regulating the adaptive immune response. With an increased understanding of these mechanisms, epigenetic regulation may play an important role in the understanding of dysregulations that occur in immune diseases. 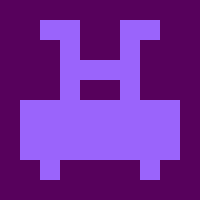