Stem cells, including embryonic stem cells (ESCs) and adult stem cells (ASCs), are undifferentiated cells that can differentiate into specialized cells and self-renew through mitosis. These stem cell identities and functions are highly controlled by epigenetic regulation, including DNA methylation, histone modifications and nucleosome remodeling – all of which are well studied and known to be critical to ensure proper lineage commitment and cell fate determination. In addition, the rediscovery of DNA hydroxymethylation tremendously expanded our insight and uncovered more dynamic aspects of cellular methylation regulation on stem cell identity and function . In general, DNA methylation is maintained by DNA methyltransferase 1 (DNMT1) and initiated by de novo DNA methyltransferase DNMT3A/B and cofactor DNMT3L. 5-methylcytosine (5mC) can be oxidized to 5-hydroxymethylcytosine (5hmC) by the TET enzymes to complete the demethylation process.

ESCs have huge potential in regenerative medicine and hold great therapeutic promise for many diseases. However, since human ESCs are derived from fertilized eggs, using them for clinical application can pose ethical issues. As an alternative, induced pluripotent stem cells (iPSCs) bypass these ethical issues. Given that iPSC reprogramming is a long, inefficient, and complex process, understanding the mechanism will reveal more efficient reprogramming methods and make safer stem cells that are suitable for clinical application1. DNA methylation changes are essential for successful iPSCs reprogramming, evidenced by the necessity for loss of promoter methylation in many pluripotent genes and the accompanied increasing 5hmC level. Recent studies have indicated that TET mediated 5hmC modification might play the essential roles in iPSCs. For instance, either Tet1 or Tet2 depletion reduced iPSCs reprogramming efficiency, while MEFs (mouse embryonic fibroblasts) from Tet1/2/3 triple knockout mouse failed to generate iPSCs. Moreover, TET1 overexpression, or in synergy with NANOG (a transcription factor and key factor in maintaining pluripotency), enhanced the efficiency of reprogramming, and TET1 was also shown to be able to replace OCT4 (a transcription factor and key factor in maintaining pluripotency), to generate fully pluripotent iPSCs. Interestingly, studies have highlighted large-scale ‘‘hot spots’’ of aberrant epigenomic reprogramming that frequently exhibit aberrant DNA methylation patterns, as well as hydroxymethylation patterns in iPSCs, relative to ESCs, indicating the subtle difference between ESCs and iPSCs. Supporting this, two de novo DNA methyltransferase-encoding genes, Dnmt3a and Dnmt3b, are found to be highly expressed in ESCs and strongly induced after establishment of pluripotency. However, de novo DNA methylation is not critical and is dispensable for nuclear reprogramming of somatic cells to a pluripotent state.

In addition to ESCs and iPSCs, adult stem cells (ASCs), including adult hematopoietic stem cells (HSCs), and adult neural stem cell (NSCs) also attract intense attention. ASCs act as an essential component of tissue homeostasis, and have been demonstrated to play indispensable roles in physiological tissue renewal and tissue repair following injury. The use of human ASCs in research and therapy has its obvious superiorities: i.e. ASCs can be harvested from patients and are not considered to be as controversial as ESCs. Since ASCs must be functional in the whole life span of the organism, a delicate balance between self-renewal and differentiation has to be maintained. The underlying mechanisms, including DNA methylation and demethylation that control the delicate balance, are important to our understanding of adult stem cell regulation and the therapeutic use of adult stem cells in human disease. In HSCs, three major DNMTs are found to be essential for normal HSCs development, while TET2 is highly relevant and plays unique roles in HSCs development. In NSCs, DNA methylation plays a critical role in synaptic plasticity related to learning and memory via the regulation of specific gene expression. For example, Methyl-CpG-binding protein 1, a protein that binds to hypermethylated gene promoters, has been reported as an indispensable and specific regulator for adult NSCs in a DNA methylation-dependent manner. On the other hand, the importance of TET-mediated hydroxymethylation in CNS is highlighted due to the fact that 5hmC is highly enriched in the brain, e.g., approximately ten-fold higher than in ESCs. The specific distribution of 5hmC in mammalian brain and its roles in gene regulation suggest that 5hmC is important in neuronal development and may play a role in neurological diseases 2. 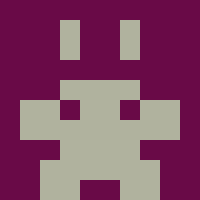