Doctors have long known that a pregnant woman needs adequate levels of folate (also known as vitamin B9) to help prevent serious birth defects. New research in mice now suggests that a father’s level of folate prior to conception also plays a critical role in the baby’s health, through a process termed epigenetic inheritance. Unlike traditional genetic inheritance that involves DNA sequence changes or mutations, epigenetic inheritance is the transmission of additional layers of information (termed epigenetic marks) that affect gene expression and other cellular processes without altering the primary nucleotide sequence. In a recent study, researchers led by Dr. Sarah Kimmins at McGill University in Canada found that a low dietary folate level in male mice produced reproductive difficulties, birth defects, and gene expression abnormalities in their offspring. These reproductive defects were accompanied by changes in DNA methylation levels in sperm cells, suggesting that this epigenetic mark might be responsible. The findings point to dynamic DNA methylation changes in sperm cells as a contributing mechanism to epigenetic inheritance and may therefore lead to a new way of thinking about a father’s contribution to the health of his descendants.

Although an organism’s DNA sequence rarely changes across its lifetime, epigenetic marks like DNA methylation can be dramatically altered by environmental factors such as diet and exposure to toxins. Changes to DNA methylation and other epigenetic marks can either be dynamic and reversible or more stable and heritable, depending on the nature of the modification. When inherited, these marks can influence gene expression in the offspring, potentially conferring either protective or harmful effects. Drawing on previous research suggesting that a male’s dietary folate level affects his fertility and that folate can influence DNA methylation, Kimmins and colleagues predicted that exposing male mice to insufficient levels of dietary folate would alter DNA methylation in their sperm cells as well as hamper reproductive capabilities.

To test their hypothesis, first author Romain Lambrot and colleagues fed female mice a folate deficient (FD) diet – only ~15% of the recommended amount – before breeding, throughout pregnancy, and during lactation, ensuring that both the mother and her offspring lacked normal levels of folate. Male pups of the litter continued to receive a FD diet after weaning. While no major phenotypic differences were observed between FD and FS mice, FD males did show a transient delay in the onset of meiosis in the testis as well as increased evidence of DNA damage in spermatocytes.

The researchers then investigated DNA methylation patterns using methylated DNA immunoprecipitation and array-based hybridization (MeDIP-chip) to look for changes in the sperm epigenome of the FD males relative to males that received normal dietary folate exposure in utero and after birth. A total of 57 genomic regions in FD sperm exhibited increased or decreased methylation profiles compared to sperm from folate sufficient (FS) mice that received adequate levels in utero and after birth. When the researchers applied a less stringent statistical method to find changed areas of the genome, this number jumped to 200.

By mining several gene databases, Kimmins and colleagues compiled a list of the genes located within these altered regions, finding an enrichment of those involved in development, as well as genes implicated in several diseases, including cancer, schizophrenia, autism, and diabetes. Low dietary folate also reduced the methylation of certain histones, the proteins around which DNA is wound, suggesting that the overall epigenetic landscape may be dramatically altered.

To evaluate the effect of folate deficiency on the males’ reproductive success, the authors bred the FD males with females fed standard chow. Reduced dietary folate affected sperm function, because the researchers observed diminished fertility and developmental abnormalities in the offspring. In contrast to the 85% pregnancy rate of FS matings, pregnancy was only achieved 52% of the time in FD matings. In addition, twice as many embryos were reabsorbed and nearly one third of the offspring from FD males displayed visible anatomical changes such as a build up of cerebrospinal fluid in the brain (called hydrocephalus) and limb abnormalities like underdeveloped digits. Only 3% of FS-sired offspring displayed visible birth defects.

To find out if the epigenetic effects observed in FD males were passed on to the next generation, Lambrot and colleagues examined the placenta of the offspring. Indeed, the placenta of fetuses sired by FD males exhibited 380 differentially expressed genes. Two of these genes (Cav1 and Txndc16) were also among the 57 that were differentially methylated in the sperm from FD males, but no differences in methylation at either gene were observed in the offspring.

Without comparison groups of males that were exposed to either low folate in utero or throughout their life (but not both), it’s impossible to know which exposure was responsible the observed effects, or if both were necessary. Regardless, these results highlight how the environment, including diet, can silently, yet significantly alter the epigenome and lead to severe health consequences, not only for an individual, but also for future generations. Do you think these results will extend to humans? If so, what does it mean for how we think about disease inheritance? 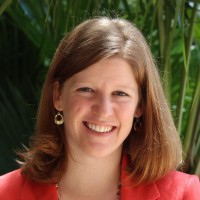 Allison is a neurobiologist-turned-freelance science writer and a guest blogger for EpiBeat. She enjoys traveling, photography, and yoga, and currently resides in Pittsburgh, Pennsylvania (where she remains blissfully ignorant about the Steelers).